The Loudoun County Board of Supervisors voted to hold a public hearing on October 17, 2012 to discuss the three tax districts that will provide the funding to construct and maintain Metrorail in Loudoun County. The three tax districts consist of the Metrorail Service District; the Airport Station Service District; and the Route 772 Station Service District. The tax districts encompass primarily commercial properties in the immediate vicinity of the rail stations (see maps below). The motion to approve the public hearing date, made by Supervisor Shawn Williams (Broad Run), included a friendly amendment from Chairman Scott York (At Large) stipulating that the service districts have a maximum tax of $0.20 per $100 assessed value, and that tax relief for the elderly and permanently disabled be extended to each of the proposed service districts. The three tax districts cover over 1,000 parcels of land. It is anticipated that the tax districts will take effect on January 1, 2013.

The Metrorail Service District is planned to remain in effect no longer than necessary to fund Loudoun County’s Silver Line Phase 2 Capital Contribution as listed in the July 19, 2007 “Agreement to Fund the Capital Cost of Construction of Metrorail in the Dulles Corridor”. This capital contribution will provide funding for the construction of the Silver Line from the Fairfax County/Loudoun County line to its terminus near Route 772; the Dulles Airport station; the Route 606 station; the Route 772 station; and related facilities and structures including, but not limited to parking facilities, a rail yard, vehicular and pedestrian access, electrical facilities and equipment, and other supporting equipment and infrastructure.

Unlike the Metrorail Service District, the taxing authority of the Airport Station and Route 772 Service Districts will not be halted once the construction of the Silver Line and its related facilities is complete. These two service districts will be created for an indefinite term. The purpose of these two service districts is to provide a source of revenue continuing beyond the term of the Metrorail Service District for the purpose of funding the ongoing cost of providing service to the stations, including but not limited to any fees, charges, subsidies or other payments by Loudoun County to WMATA to provide Metrorail transit service. 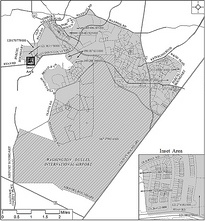 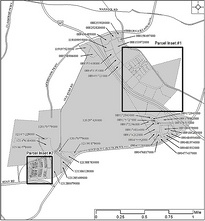 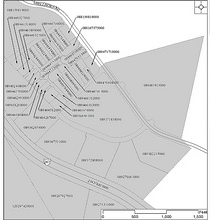 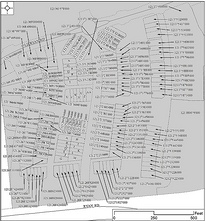 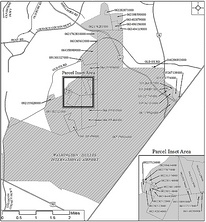