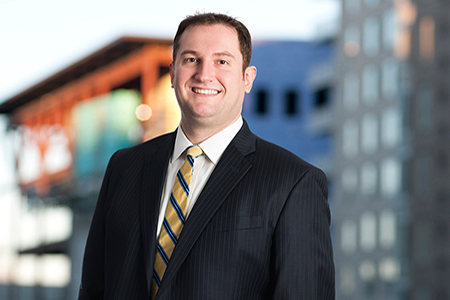 Nick Cumings joined the firm in 2017 and works in the Land Use and Zoning practice group in the Arlington office. He primarily focuses on securing zoning and land use entitlements including rezonings, special permits, and special exceptions. Before joining the firm, Nick practiced for several years as an associate with the law firm of BrigliaHundley, P.C., where he focused on real estate litigation, title issues, local government, and financial services litigation. Nick earned a Bachelor of Arts degree from the College of William and Mary in 2008 and graduated from William and Mary Law School in 2011, where he was a member of the William and Mary Law Review.

After Nick graduated from law school, he clerked for the honorable Michael F. Devine of the Fairfax Circuit Court. He is an active member of the Fairfax Bar Association and serves as the President-Elect of the Young Lawyers Section. Nick was also named to the 2015, 2016, and 2017 Super Lawyers Rising Stars lists for Virginia and the District of Columbia.