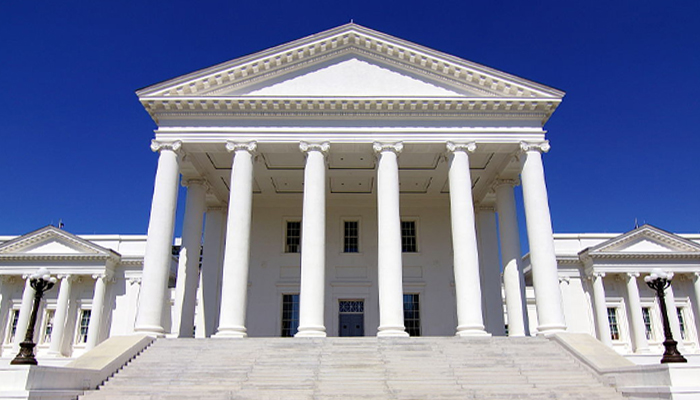 The Virginia General Assembly concluded its 60-day 2018 session on March 10, 2018, after considering 3,722 bills and resolutions related to a number of high-profile issues.

In many ways, this year’s session was less eventful than most, which was somewhat surprising considering that the November 2017 House of Delegates elections were perhaps the most exciting in recent memory. Following the election, Democrats picked up 15 House of Delegates seats and whittled down the Republican House advantage from 32 to one. The aftermath of the election was equally unexpected, with four recounts. The statewide races on the ballot were much less dramatic, as Governor Ralph Northam, Lieutenant Governor Justin Fairfax, and Attorney General Mark Herring were elected by comfortable margins.

While adoption of the state budget is typically the single most important piece of legislation considered by the General Assembly, lawmakers adjourned without passing a 2018-2020 biennium budget. At the heart of the impasse was a disagreement over whether to expand Medicaid under the Affordable Care Act. Governor Northam recalled the legislators into special session in April and, following negotiations, the House and Senate passed a $115 billion, two-year budget with Medicaid expansion. Key to winning enough Republican support for expansion in the House and Senate was the inclusion of work requirements for some Medicaid recipients.

An area of significant focus throughout the session was providing the Washington Metropolitan Area Transit Authority (which operates Metrorail) a significant source of dedicated, predictable revenue—something it has lacked since the subway opened in 1976. The legislature agreed to give Metro $154 million per year (which is Virginia’s share based on the existing cost-sharing formula) in new funding. This additional funding, however, means that less money will be available for other regional transportation projects funded by the Northern Virginia Transportation Authority. Also related to transportation, the General Assembly set the minimum regional gas sales tax floor for Northern Virginia and Hampton Roads at the price of gas as it existed in 2013, which should help capture millions of dollars in tax revenue for transportation projects.

From a land use perspective, the legislature passed several bills significant to the development industry, including: zoning violation penalties (HB 709), the criteria planning staff and Boards of Zoning Appeals are to consider related to zoning modifications/variances for persons with disabilities (HB 796), paying for transportation improvements through subdivision ordinance requirements (SB 129), and the timeframes for approval of site plans and plans of development (SB 993). One bill, HB 640, requires that a locality consider broadband infrastructure as one of the matters a planning commission is to consider when preparing its comprehensive plan. Another, HB 594, expands the current drug blight statute to allow localities to enact ordinances requiring corrective action to deal with criminal blight conditions on properties (e.g., controlled substance use/sale, commercial sex trafficking/prostitution, and repeated acts of discharge of firearms, etc.).

A group of bills was enacted this year related to local zoning control over solar facilities, with the goal of promoting the use of this renewable energy technology. Among the most important is HB 509, which provides that a solar facility shall be deemed substantially in accord with a locality’s comprehensive plan if the facility is: (a) located in a zoning district that allows solar facilities by right; and (b) is designed to serve the electricity or thermal needs of the property where it is located or will be owned or operated by an eligible customer-generator or by an agricultural customer-generator. Another solar bill, HB 508, allows for the installation of roof- or ground-mounted solar facilities on buildings provided they comply with local height, setback, and historic preservation requirements. The bill also says that, unless the locality’s zoning ordinance already regulates these facilities, any existing ground-mounted solar facility is a legal nonconforming use.

The legislature passed HB 1258 dealing with wireless infrastructure, which built upon last year’s “small cell” wireless facilities. The bill says that applications for certain wireless support structures that are: (a) 50 feet or less above ground level; or (b) are co-located on an existing wireless facility structure are to be administratively approved. This effectively means that these facilities are now exempt from a special exception, special use permit, or variance public hearing or legislative discretionary process.

The General Assembly also passed three bills related to eminent domain. HB1564 modifies how commissioners in condemnation cases are selected and, henceforth, allows parties to an eminent domain case to each nominate at least eight individuals to serve as commissioners, from which the court will select 13 commissioners and two alternates. SB 278 requires that payments to landowners must be made within 30 days of settlement or a final determination of just compensation. SB 809 makes the assessment of “lost profits” and “business profits” uniform, regardless of whether there is a partial or a full take of a property. This change allows business owners in both instances to recover up to three years of lost profits. Walsh Colucci attorney Michael Coughlin provided a summary of these eminent domain changes in June.

Finally, the legislature defeated attempts to repeal, modify, or study the 2016 Proffer Reform bill, which represented the most sweeping change to Virginia’s unique proffer system since it was first created in 1974. Three of these bills, SB 458, SB 957, and SJ 13, were carried over to a special Senate Local Government Committee meeting in April 2018. The meeting offered a chance for the development industry and local government representatives to raise concerns with the bill, and the committee’s chairman and members expressed a strong desire for all stakeholders to attempt to find compromise and consensus leading into the 2019 legislative session. The Senate Local Government Committee also met in July 2018 to review two impact fee bills, SB 944 and SB 208. Both bills were passed by the committee 5-2, and committee members once more underscored the need for stakeholders to find consensus related to the 2016 Proffer Reform bill.

A list of housing, development, transportation, environmental, and economic development bills that were passed by the General Assembly and signed into law by the Governor is attached here. All legislation became effective July 1, 2017, unless otherwise noted. The summaries contained in the list were prepared by the Division of Legislative Services of the General Assembly. The text contained in this report is not the official text of the Code of Virginia (the “Code”). The full text of the Code and the legislation summarized herein is available here.