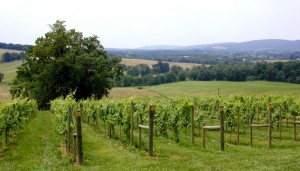 A February ruling by the Virginia Supreme Court alters the landscape for owners of property subject to open space and conservation easements and the private and public organizations that attempt to enforce them.

Owners of property subject to conservation or open space easements should be encouraged by a recent Court decision. In a published opinion issued in the matter of Wetlands America Trust v. White Cloud Nine Ventures, L.P., the Court ruled that Virginia open space and conservation easements are interpreted and construed in the same manner as common-law restrictive covenants, with any ambiguities and interpretational debates resolved with deference to the free use of land, and not toward the preservation of the status quo or conservation values. Shareholders Andrew Burcher and Michael Kalish represented the landowner in this case, which caught the attention of various national conservation organizations.

The case involves a conflict between a Virginia Farm Winery and one of the largest and most well-funded private conservation organizations in the United States, Ducks Unlimited. The conflict arose after the winery began construction of a new building on property subject to a Deed of Gift of Conservation Easement granted by the previous land owner. In 2012, Ducks Unlimited, acting on behalf of its affiliate easement holder Wetlands America Trust (WAT), objected to certain proposed uses and construction activities undertaken by the winery. In its complaint before the Circuit Court of Loudoun County, filed in January 2013, WAT asserted that both the construction of a new building as well as its intended use as a Virginia Farm Winery open to the public were contrary to the terms of the conservation easement and were incompatible with the easement’s primary purpose of conserving the property’s “conservation values.” The winery countered that there were no specific restrictions in the conservation easement’s terms prohibiting either the new building or its proposed use. The winery held the position that, to the contrary, the planned building and its use as a Virginia Farm Winery were explicitly permitted commercial agricultural pursuits under the conservation easement.

The seeds of this dispute were initially sown in 1962 when the General Assembly amended Virginia Code Section 55-6 to permit “easements in gross” to be transferred by deed or will. That amendment allowed Virginia property owners to place use restrictions on a single parcel of property in perpetuity to remain enforceable by a third party or its assigns who may otherwise have no connection to that parcel of land. Hence, a property owner could now permanently convey to an interested party anywhere in the world the right to be forever restrained from activities such as developing, mining, or timbering on the property. This was a significant alteration of the law, which previously limited such conveyances to the natural lifetime of the person who acquired the right to restrain activity. As a result of the 1962 amendment, it became possible to grant permanent use restrictions for the preservation of natural landscapes, or open-space/conservation easements as they are now commonly known to government and private conservation organizations.

Since the 1962 Amendment, the General Assembly has encouraged the practice of granting private open space and conservation easements by enacting the Open Space Land Act and establishing the Virginia Outdoors Foundation (1966) as well as the Virginia Conservation Easement Act (1988). Each of these acts of legislation serve to facilitate and encourage Virginia property owners to voluntarily  place use restrictions on their real property for the purpose of preserving natural landscapes, wildlife habitats, and agricultural settings. Over the past 50 years, the number of open space and conservation easements has grown at practically exponential rates undoubtedly due to local, state, and federal legislation—especially the Virginia Land Conservation Incentives Act of 1999 and Internal Revenue Code Section 170(h)—that provides tax incentives to landowners who grant such easements,. To date, the Virginia Outdoors Foundation alone holds private easements for, or otherwise controls the use of, approximately 780,000 acres (or 1,210 square miles) of property in Virginia. According to the National Conservation Easement Database, more than 1 million acres of private property are subject to conservation easements in Virginia. For context, the entire State of Rhode Island is 1,212 square miles. Ducks Unlimited’s affiliate, WAT, is among several registered charitable organizations that holds and manages conservation easements in Virginia.

At trial before the Circuit Court of Loudoun County, Andrew Burcher and Michael Kalish, on behalf of the winery and property owner, argued that while the General Assembly may have paved the way for conservation easements in 1962 and has obviously encouraged them since then, no action by the General Assembly or ruling by the Supreme Court has altered the maxim of Virginia law that restrictions on the free use of land must be strictly construed against the party seeking to enforce them. Stated differently, any attempt to restrict activity of the property owner must be explicitly stated within the easement attached to the property. The Circuit Court agreed and ruled in the property owner’s favor, upholding the actions and activities of the Virginia Farm Winery.

On appeal before the Virginia Supreme Court, Ducks Unlimited lawyers argued that the Virginia Constitution, in which a policy in favor of the protection of Virginia’s atmosphere, lands, and waters is espoused, coupled with the Open Space Land and Virginia Conservation Easement Acts, altered the common law’s disfavor of restrictions on the use of land as it relates to open space and conservation easements. The Attorney General of Virginia and numerous conservation organizations submitted briefs in favor of this position and advocated for a change in the law to the extent it was not compatible with their position. In his amicus brief to the Court, the Attorney General argued that, “Conservation and open space easements have been drafted over the years under the assumption that their terms would be construed in favor of the conservation goals espoused.” Nevertheless, the Supreme Court denied the position of the conservation organizations and declined the request to change the law disfavoring restrictions on the free use of land.

In its decision, the Court noted that no portion of the Virginia Conservation Easement Act, the Open Space Land Act, the Virginia Constitution, or any other provision in the Virginia Code altered the principles of law regarding the required review of restrictions on property usage. Indeed, the Court presumed that the General Assembly was prescient enough to see the importance of clarity and exactitude with regard to legal instruments intended to restrict the free use of land forever. In applying the plain language of the conservation easement to the actions and proposed uses of the winery, the Court agreed with and upheld the Circuit Court of Loudoun, affirming its decision regarding the ability of the property owner to pursue its interests and use of the property as a Virginia Farm Winery.

While this small Virginia Farm Winery taking on a national organization with millions of dollars of annual funding was truly a David-and-Goliath-style victory, the implications of the decision beyond this small farm will take time to be fully appreciated. In an instant, the Supreme Court ruled that 50 years of assumptions by the Virginia Outdoors Foundation, and perhaps other land trusts, were wrong, and that when a legitimate debate exists in Virginia as to meaning and extent of restrictions in conservation easements, deference should be awarded to the more expansive use. Perhaps this opinion will prompt other property owners to dust off their conservation and open space easements to see what the restrictions actually say, and not rely solely on what the easement holder dictates.

The decision may also have a significant effect on the process by which conservation and open space easements are viewed by the Virginia Department of Conservation Resources. It’s reasonable to presume that DCR may require far stricter language than that used in this case before approving the value of certain tax credit appraisals. Assuming that is true, the Virginia Outdoors Foundation and other private conservation easement holders may have to tighten the language within their documents as well.