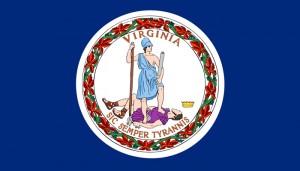 The Virginia General Assembly concluded its 2016 session on April 20, and continued its efforts to improve the property rights of Virginians by adopting three eminent domain bills that will become effective July 1, 2016.

Arguably the most significant bill is SB 478, which further strengthens the cost reimbursement provisions now set out in Virginia Code Section 25.1-245. Currently, Section 25.1-245 provides that if a landowner in a condemnation case meets certain procedural requirements, like providing a written appraisal to the condemning authority, the landowner may be reimbursed reasonable costs, fees (other than attorneys’ fees) , and travel costs charged by up to three testifying experts. This reimbursement occurs when the award at trial is 30 percent greater than the condemnor’s final written offer of just compensation. SB 478 provides that this provision remains applicable to a public service company, public service corporation, or railroad in a condemnation case, but it also creates a new code section that applies to all other condemning authorities—VDOT and localities.

This new Section 25.1-245.1 will allow the recovery of these same costs and fees when the award is 25 percent or greater than the condemnor’s initial written offer, but without the requirement to provide a written appraisal to the condemning authority. For the full text of this bill, click here. Hopefully, the legislation will encourage condemning authorities to work with their appraisers to prepare thorough and fair just compensation appraisals so that an agreement with the landowner can be reached well in advance of trial, thereby reducing the costs the landowner must expend in an eminent domain matter.

The second bill, SB 719, amends Virginia Code Section 55-516.2 to provide that when common area owned by a property owners association is condemned, it “shall be valued on the basis of the common area’s highest and best use as though it were free from restriction to sole use as a common area.” This statutory amendment was instigated by a real condemnation case. In that case, handled by another law firm, a Circuit Court judge denied a property owners association’s attempt to introduce an appraisal based on the theory that the property should be valued without regard to the fact that it could only be used as common area due to easement and covenant restrictions. The judge’s ruling resulted in the landowner having no appraiser available to testify at trial. As an aside, it is worth noting that, despite the judge’s ruling, the property owners association was awarded the just compensation it requested.

The General Assembly adopted a fourth eminent domain bill, SB 543, that was ultimately vetoed by Governor McAuliffe on the last day of the session, leaving no time for the General Assembly to override the veto. This bill would have allowed for the recovery of costs (including reasonable attorney, appraisal, and engineering fees) in inverse condemnation cases involving damage to property—i.e., cases in which land is damaged by a public use but without following the necessary condemnation procedures. Currently, Virginia Code Section 25.1-420 provides that these costs and fees are reimbursable in inverse condemnation cases involving a taking of property for public use, but it remains unclear whether reimbursement is available in an inverse condemnation case where only damage to property has occurred. This legislation was intended to match the language in Article I, Section 11, of the Constitution of Virginia, that provides just compensation is owed when property is either “damaged or taken” for public use. The Governor sought changes that would have limited the amount of fees and costs, which changes the Governor thought “would have eliminated the incentive for nuisance lawsuits by unscrupulous attorneys seeking to enrich themselves at taxpayers’ expense in those cases where any actual damage was de minimis.”

Contrary to the Governor’s assertion in his veto explanation, found in its entirety here, the award of attorneys’ fees and costs in inverse condemnation cases are intended to penalize a condemning authority for taking land without following the necessary condemnation procedures, thus forcing a landowner to hire an attorney to protect his or her constitutional rights. Sometimes a taking of land in an inverse condemnation setting has little value, but that does not excuse a condemning authority from following the necessary condemnation procedures. And if the authority chooses to continue to deny the landowner’s right to compensation by fighting the inverse condemnation action, this author believes it is only fair for the landowner to recover any attorneys’ fees and expert fees incurred in pursuing the action. Hopefully, this legislation will be revisited during the next session of the General Assembly and the minor amendment to Section 25.1-420 will ultimately become law.

With so many public projects underway that require the use of eminent domain, it is important that Virginia maintain strong protections for property owners. It is encouraging that this past session of the General Assembly resulted in legislation that helps fulfill the constitutional mandate of just compensation when land is taken for public use.

If you require assistance in an eminent domain matter, please do not hesitate to email Michael J. Coughlin or call 703.680.4664.