At its December 12, 2020 hearing, the Arlington County Board approved a substantial update to its Green Building Incentive Policy, a voluntary program that developers may participate in to earn bonus density to support development projects subject to Administrative Regulation 4.1 Special Exception Site Plan approval. The incentive policy was first adopted by Arlington County in 1999 with the goal of incentivizing sustainable buildings and reducing the environmental impacts of buildings. Since then, the incentive policy has been widely used by developers across Arlington County.

With this latest update, the County took its most aggressive approach to date in furthering its sustainability goals. Last year, the County Board adopted a “Community Energy Plan” with the goal of becoming Carbon Neutral by 2050. Whereas the previous version of the incentive policy allowed developers to earn bonus density for LEED Silver certified construction, the update eliminates any bonus density for LEED Silver and makes LEED Gold a minimum standard for participating in the program. The revised incentive structure introduces new tiers where developers can earn increasing levels of bonus density for LEED Gold (the new minimum requirement), energy efficiency optimization, Energy Star certification, on-site energy generation or off-site renewable energy purchase contracts, electric vehicle charging stations, and more. The updated incentive policy also forgoes the Arlington Priority Credit system in lieu of a menu of items on the “Extra List” that developers may choose from and implement.

Throughout the community engagement process, County staff received feedback from several stakeholder groups, including NAIOP, who expressed their concern that the new incentive policy will make it more difficult for developers to do business in Arlington County. Particularly, the new Energy Star certification levels will be costly and add to the general difficulty of securing financing for projects with the new requirements.

Ultimately, the revised incentive policy will substantially increase developers’ costs in constructing Administrative Regulation 4.1 Special Exception Site Plan projects with bonus density through the green building incentive program. Administrative Regulation 4.1 Special Exception Site Plan projects formally accepted before March 12th will be grandfathered under the previous incentive policy. The County Board was clear during its deliberations, however, that applications accepted between now and March 12th will be encouraged to participate in the new incentive policy. 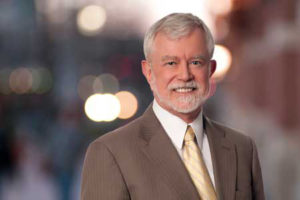 Our Very Own John Foote is Inducted into the Virginia Lawyers Hall of Fame
Friday, Apr 30, 2021

As many people who have had the pleasure of working with him already know, John Foote loves what he does and brings… Read more » 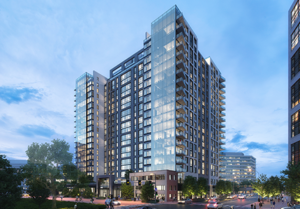 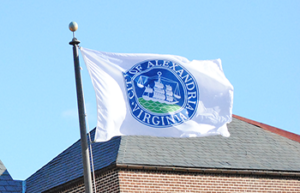 There is no excerpt because this is a protected post.