WCL&W is in demand in Prince William County. The firm’s attorneys and planners have secured entitlement approvals for six projects in and around the county: LongPointe, Rivergate, SunCap Property Group’s FedEx Ground Distribution Center, Elite Shooting Sports, and Cowles Nissan.

Mike Lubeley and Susan Flanigan represented Belno, LLC, and Horner Road L.C. on the rezoning application of approximately 22 acres in a prime location at the I-95/Prince William Parkway interchange in eastern Prince William County. The Board of Supervisors approved a mixed-use project that includes a nonresidential component containing a maximum of 415,000 square feet of gross floor area. The project will incorporate office, hotel, and convenience/service retail (including first-floor retail in multi-story office buildings) and a 216-unit multi-family component. The central design feature of the project is a ½-acre central plaza area that will be developed with a combination of landscaping, hardscape, and a water feature. The initial phase of the development will include off-site transportation improvements to complete the intersection of Telegraph Road and Caton Hill Road, the residential building, and a hotel or office building. The balance of the office/hotel will be constructed in Phase 2. 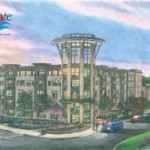 Mike Lubeley, Jay du Von, and Susan Flanigan worked with the IDI Group Companies over the past three years to secure the approval of the redesigned Rivergate project, located in North Woodbridge overlooking the Occoquan River. The 720-unit, upscale, multi-family residential development will be located in two buildings (4–6 stories in height), each with its own package of recreational and social amenities. The buildings will be built in the “Texas donut” style, which includes structured parking completely surrounded by units to create an engaging and pedestrian-friendly streetscape. Considerable time was spent with various community groups educating the public about the challenges and benefits of this pioneering project as a catalyst in the revitalization of North Woodbridge. 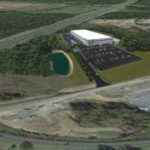 Jay du Von and Marian Harders received unanimous approval from the Prince William Board of County Supervisors for a rezoning of approximately 32 acres located on Cushing Road. Rezoning to an M-T (industrial/transportation) classification allowed for a ±175,500-square-foot warehouse and distribution facility to be developed by SunCap Property Group for its tenant, FedEx Ground. The rezoning required the applicant and developer to work closely with County staff and adjacent neighbors on realignment plans for Cushing Road and its intersection with Balls Ford Road. The realignment involved moving the existing intersection approximately 305 feet east, redesigning a portion of Cushing Road, and negotiating off-site easements. 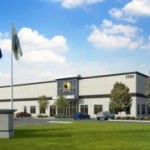 Pete Dolan and Jonelle Cameron received unanimous approval from the Prince William County Board of County Supervisors for a special use permit for Elite Shooting Sports, an indoor shooting range located at 7751 Doane Drive in Manassas. This high-tech, 65,000-square-foot building includes four shooting ranges (two 25-yard ranges, one 50-yard range, and one 100-yard range, which total 42 lanes) and various classroom spaces, which include a simulator training room and a planned two-level, live-fire shoot house. Elite Shooting Sports opened to the public in November 2014. 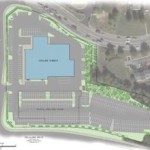 Jay du Von and Jessica Pfeiffer successfully completed a special use permit amendment for Cowles Nissan. Located at 14777 Jefferson Davis Highway, Cowles Nissan sought the special use permit amendment to redevelop its existing dealership including the replacement of existing buildings. The existing buildings were constructed in 1980 and 1986 and the redevelopment of the site, which includes future structural parking, will dramatically improve the site’s overall appearance and enhance business operations. The property is part of the Potomac Communities Revitalization Plan.