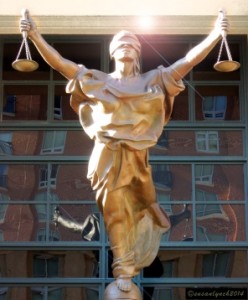 On December 15, 2014, the Federal Bureau of Investigation and the United States Attorney’s Office issued a press release announcing an agreement between the United States and Forrester Construction Company whereby Forrester admitted to certain abuses of the District of Columbia’s Certified Business Enterprise Program and the U.S. Small Business Administration’s 8(a) Business Development Program. As part of this Non-Prosecution Agreement, Forrester agreed to pay a $2.15 million fine to the United States, to take other administrative actions, to make internal company changes, and to take further steps to raise awareness regarding proper participation in these programs. Publication of this Non-Prosecution Agreement came 18 months after it was reported by local media that Forrester had settled similar claims with the Attorney General of the District of Columbia for $1 million.

This release should serve as a warning to all developers and contractors who participate in public construction projects, which typically offer incentives or include requirements for using firms who qualify under various small or disadvantaged business owner programs, such as the Certified Business Enterprise Program or the SBA’s 8(a) program. In addition to possible contractual and procurement code violations, a failure to comply with representations made in order to obtain awards of government bids could lead to criminal prosecution.

Pursuant to the FBI and USAO’s press release and the Non-Prosecution Agreement (which was made available by the U.S. Department of Justice), the contractor in this case acknowledged entering into various joint venture agreements with qualifying Certified Business Enterprise partners and representing to the District of Columbia that each CBE partner was the majority member of the venture and would control day-to-day operations under the contract. Subsequent to receipt of the award, the penalized contractor and the CBE member modified the terms of the joint venture arrangements such that the CBE member was given less control and interest, contrary to the requirements of the contract and the submitted bid.

The lesson all contractors participating in government contracts should take away here is that local and federal government entities are on the look-out for possible violations of disadvantaged business owner program requirements and contractual provisions. While the facts of this case indicate deliberateness on behalf of the penalized contractor to skirt these provisions, contractors who obtain public project bids by certifying the use of disadvantaged businesses must make meaningful efforts to comply with their contractual requirements or risk not only contractual penalties, but criminal penalties as well.