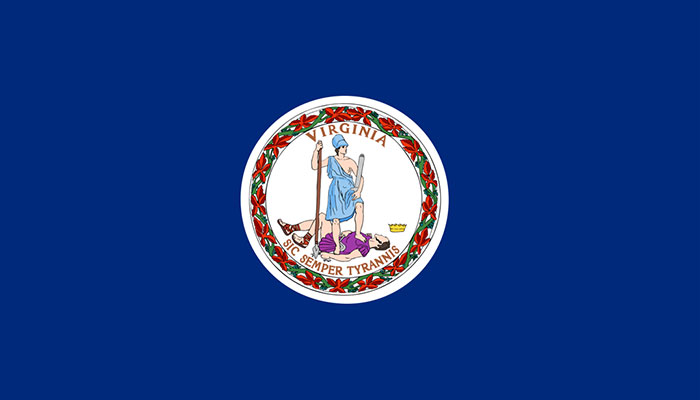 In its 2017 session, the Virginia General Assembly made some modest improvements to the existing eminent domain statutes. The improvements include requiring additional notice of the filing of a certificate of take, shortening the time for filing a petition in condemnation by localities, clarifying that attorney’s and expert fees are clearly recoverable in inverse condemnation cases involving damages to a property, and applying the judgment rate of interest to certain condemnation awards. As for a case law update, one Circuit Court has provided clarity on how a condemnor’s “pre-settlement” appraisal may be admitted into evidence, and determined that testimony regarding the reasonable probability of a property’s rezoning is admissible.

The most helpful bill for landowners is likely HB 2024, which requires a condemning authority to provide written notice of its intent to file a certificate of take “between 30 and 45 days prior to the date on which any certificate will be filed or recorded.” Also, “within four business days of the filing or recording of a certificate, the authorized condemnor shall give notice of such filing or recording to the owner or tenant, if known, of the freehold by providing a copy of such certificate by certified or registered mail.” The provisions amend Virginia Code Section 33.2-1020, which applies to VDOT, and Section 25.1-306, which applies to all other condemning authorities with “quick-take” powers. Previously, there was no set time period for notifying landowners of a condemning authority’s intent to file a certificate of take, and no requirement at all to notify a landowner that one had been filed or to provide a copy.

In SB 927, the General Assembly decided to shorten the time period for the filing of condemnation proceedings by non-VDOT condemning authorities with “quick-take” powers (e.g., localities) to 180 days from the filing of a certificate of take, and to allow landowners to initiate their own proceedings to determine just compensation if the locality failed to do so. For some time, VDOT had to follow this 180-day filing requirement, but condemning authorities like localities had up to one year from the filing of a certificate to initiate condemnation proceedings.

After being vetoed by Governor McAuliffe last year, an amendment to Virginia Code Section 25.1-420 was signed into law. SB 1153 requires the recovery of “reasonable costs, disbursements and expenses, including reasonable attorney, appraisal and engineering fees” for inverse condemnation cases where no property is determined to be taken but a property is damaged by a public project. Previously, the statute suggested these costs were recoverable only when there was a “taking of property.”

Finally, SB 1421 amends the eminent domain statutes to apply the judgement rate of interest to the amount of a condemnation award that exceeds the amount of money paid into court with the filing of a certificate of take or certificate of deposit, or upon entry into the property for the start of the project. Presently, the judgment rate of interest is 6%.

Although there have been no reported Virginia Supreme Court cases since the decision in Va. Elec. & Power Co. v. Hylton, 292 Va. 92 (2016), the Culpeper Circuit Court recently wrestled with several issues regarding what evidence may be considered by a jury or commissioners in determining the just compensation owed to a landowner. In the case of Commission of Highways v. Michael and Gina Helmick, Case No. CL14001271, a case handled by this firm on behalf of the landowners, the taking involved the acquisition of land for the new Route 29 and Route 666 interchange east of the Town of Culpeper.

For some time, the property had been designated “commercial” on the Culpeper County Comprehensive Plan, and was identified as being within the Urban Services Area. Before the taking, VDOT approved an appraisal that concluded the just compensation owed was $296,269 and provided it to the landowner. The first VDOT appraiser concluded it was likely the property would be rezoned prior to the taking and appraised the property accordingly. Then, after the landowner elected not to accept VDOT’s offer and a certificate of take was filed, VDOT hired another appraiser who was going to testify at trial that the just compensation owed was only $22,057.

The primary issues in the case involved the admissibility of (1) testimony regarding the reasonable probability of a rezoning, (2) VDOT’s appraisal provided to landowners before a taking, when VDOT designates a new appraiser to testify at a lower value, (3) testimony involving the types of dedications that may be required as part of a rezoning, and (4) testimony regarding the dedication of land needed for a project (which violates the “scope of the project” rule).

On the Saturday before trial, the Court entered an order that can be downloaded by clicking here. The Court found that testimony regarding the reasonable probability of a rezoning is admissible thereby allowing the landowners’ expert land planner to testify, and allowing the landowners’ expert appraiser to testify about how the reasonable probability of a rezoning influences the value of the property.

The Court also found, relying on the holding in Ramsey v. Comm’r of Hwys, 289 Va. 490 (2015), that the evidence regarding the appraisal for $296,269 that VDOT had prepared as required by Virginia Code Section 25.1-417 (i.e., the “pre-settlement” appraisal), was admissible at trial. In Ramsey, the Court held that the value of the entire property found in the “pre-settlement” appraisal was admissible, but left unanswered the question of admissibility of the appraised amount of the just compensation found in the “pre-settlement” appraisal. The Culpeper Circuit Court’s holding in this case appears to be the first Circuit Court opinion implementing the Ramsey decision. The opinion also extended the rationale in Ramsey to allow the entire appraisal to come into evidence, including the appraised value of the just compensation.

If you require assistance in an eminent domain matter, please do not hesitate to contact Michael J. Coughlin at mcoughlin@thelandlawyers.com or (703) 680-4664.