Virginia Eminent Domain Statutes Amended … For the Better
By Michael J. Coughlin and Samuel A. Irvin 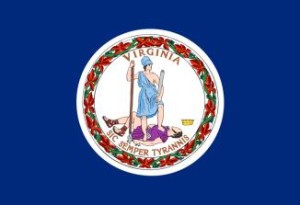 During its most recent session, the Virginia General Assembly amended portions of Virginia’s eminent domain statutes to clarify that businesses and farmers affected by a total taking of the property they rent or own are entitled to recover lost profits. The Virginia Department of Transportation has been interpreting the lost profits statutes to apply only to businesses affected by partial takings, which raised questions regarding both fairness and constitutionality under the U.S. Constitution’s Equal Protection Clause and the “special laws” prohibition of the Constitution of Virginia. Now, based on the new amendments to the Virginia Code (Sections 25.1-100 and 25.1-230.1), lost profits are clearly recoverable by businesses and farmers affected by either a partial or total taking if certain criteria are met, which was likely the General Assembly’s original intent when it adopted the lost profits statutes in 2012.

Despite the amendments, however, the statutes do not treat all parties claiming lost profits equally: there is a longer period of recovery for businesses and farmers affected by partial takings (three years) than for those affected by total takings (one year). This remaining discrepancy could be the basis for constitutional challenges to the statutes, which makes it probable that the General Assembly will revisit the issue in future sessions.

Senator Creigh Deeds was the patron of Senate Bill 1435, the original version of the bill that was ultimately amended by the House of Delegates. The new versions of Virginia Code Sections 25.1-100 and 25.1-230.1 can be found here.

Major Road Projects, Gas Pipelines, and Power Lines Will Alter the Landscape If Approved
By Michael J. Coughlin and Matthew A. Westover

With the new funding mechanism firmly in place for transportation projects, VDOT and localities throughout Virginia are advancing major road improvement projects. The list of projects is too long to put in one place, but one such project that will have significant repercussions for property owners and commuters is VDOT’s plan to widen I-66 from the Beltway to Haymarket. This plan would include two High Occupancy Toll (HOT) lanes in each direction and ensure three regular lanes in each direction. Two alternatives are being studied: one includes a median to accommodate future transit; the other does not. A draft environmental impact statement will be presented in May at a public hearing. Many commercial and residential property owners are affected by this project, not only due to the road widening, but also because of the addition of new ramps, storm water management facilities, and park-and-ride facilities. More information on this project, and the possible changes to I-66 “Inside the Beltway” at transform66.org.

VDOT is not the only body moving forward with public improvement projects that will significantly affect property owners. Dominion Resources has partnered with three other major U.S. energy companies on a project that, if approved, will literally alter the landscape of rural Virginia. The Atlantic Coast Pipeline project proposes to use fracking to extract natural gas from the Marcellus and Utica shale basins of West Virginia, Ohio, and Pennsylvania and transport it through pipelines to the Hampton Roads area and North Carolina. If approved by the Federal Energy Regulatory Commission, the pipeline will be more than 550 miles long, generally in new right of way, and will significantly affect property owners along the route both temporarily and permanently.

To study potential routes, Dominion, through its affiliate, Atlantic Coast Pipeline, LLC, has informed hundreds of property owners that it intends to enter onto their property to conduct surveys and studies. Many of these property owners have contested Dominion’s ability to do so in legal challenges that are moving through various Virginia Circuit Courts as well as the United States District Court for the Western District of Virginia. Notwithstanding these challenges, FERC has begun its official review of Dominion’s proposal, and Dominion hopes to receive approval from FERC in the summer of 2016. If approved, Dominion will have the power of eminent domain to acquire the necessary easements for the gas line. More information on this project can be found here.

Dominion is also proposing a 230 kV power line upgrade affecting Remington, Warrenton, Vint Hill, and Gainesville. Some new right of way may be required as existing lines are upgraded to 230 kV. State Corporation Commission proceedings have begun. More information can be found here.

Finally, Dominion is also proposing a new 230 kV power line to feed a new substation west of Haymarket. Several routes have been proposed, including paths that run west of Route 15 south into Haymarket, north to south from Wheeler to Haymarket, and east to west from Gainesville to Haymarket. New right of way is needed for all of these routes, which generally run through existing communities and planned, or constructed, commercial properties. Dominion has not selected a preferred route, and no firm date for a State Corporation Commission filing has been set. More information can be found here.

If you require assistance in an eminent domain matter, or would like more information about these or any other projects, please contact Michael J. Coughlin, head of the firm’s Eminent Domain Practice Group.