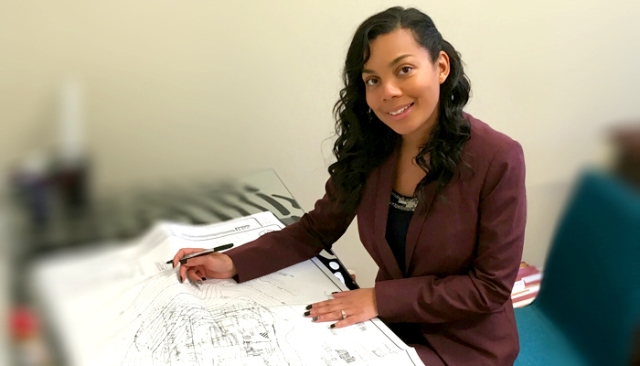 Average was not a word in her vocabulary growing up. “I decided I wanted to become an attorney when I was 12,” says Jonelle, “and my mother did everything in her power to make sure I was successful.” Encouraged to leave her small New England town when it came time for college, Jonelle set out for the nation’s capital and a career in real estate law.

The Land Lawyers: Your mom encouraged you not to apply to any state schools?
Jonelle Cameron: That’s right. I was born and raised in a small town in Massachusetts and my mom wanted me to pursue my dream of becoming a lawyer. She gently nudged me out of the nest (and state) because she knew it would broaden my horizons.

TLL: How did you decide to become an attorney?
JC: One afternoon after school, I was at home watching Oprah with my grandmother. The show was about children who were abused by their parents. I remember one girl specifically. Her parents had kept her locked inside a dog cage and they received minimal sentencing after being found guilty of child abuse. I looked at my grandmother and told her I wanted to be an advocate for children like the girl on TV. Up until my first year of law school that was my goal. After I took family law, I realized how hard it would be to keep my emotions in check. At that point, I wasn’t sure what I wanted to do. In fact, I had taken a class in Property Law and wasn’t sure I liked that either.

TLL: What changed your mind?
JC: I believe that everything happens for a reason and God puts you in certain places at the perfect time. I had an internship at a law firm where the partner I was working with served as general counsel for a variety of restaurants in the D.C. area. I really enjoyed the work and that’s when I knew I wanted to focus on real estate. I also did an externship at the District of Columbia Housing Authority which reinforced my interest and gave me hands-on experience with land use.

TLL: How long have you been with Walsh, Colucci, Lubeley & Walsh, P.C.?
JC: I have been with the firm a little over two years. When I first met with Lou Haley, the firm administrator, he gave me a tour of the Arlington office and introduced me to the staff and shareholders. When we got to Nan Walsh’s office I could see a number of cranes and construction projects from her window. Lou pointed out the projects, and there were many, that Nan had gotten approved.

TLL: Why do you think Walsh, Colucci, Lubeley & Walsh is a great place to work?
JC: I work on a number of developments in Prince William County. Today, just like when I first started, when I drive around with my family I find myself pointing out the projects that either I or someone in the office is working on or has received approval for. I know that the work I do has a positive impact on the future of Prince William County and Northern Virginia. The plans and projects our firm is involved with have a positive influence on the community and shape the future of the region. Right now, I am working on a variety of cases ranging from religious institutions to a gas station.

TLL: Is Prince William County definitely home now?
JC: It’s where I call home now, but I was born and raised in Massachusetts and I will always be a New England Patriots fan. Last year, during the Super Bowl, my husband and I hosted a party and I was completely outnumbered. After the last play of the game, I was literally jumping for joy. My husband had to remind me I wasn’t a kid anymore and was not allowed to jump on the furniture.

TLL: Do you have a hero? Heroine?
JC: Absolutely, my mom. It may be cliché but she is. She had me at a young age and always encouraged me to do my best. She believed in my dreams.

TLL: What do you do in your spare time?
JC: What is spare time? I used to hate going to the gym, but my 9-year-old participates in every sport possible so when I can get there I have found it’s a great stress reliever and I really enjoy it.

TLL: If you could travel anywhere in the world (or universe) where would you go?
JC: Tahiti.

TLL: Do you have a favorite meal?
JC: I am a foodie. I love food! I shouldn’t need any help with this one, but it is a hard decision. I guess it would be Fettuccini Alfredo with shrimp and broccoli.

TLL: There is definitely nothing average about your accomplishments. Thank you, Jonelle.