At its July 13, 2021, public hearing, the Fairfax County Board of Supervisors adopted the West Falls Church Transit Station Area Study Comprehensive Plan Amendment (Plan Amendment 2018-II-1M). The Plan amendment seeks to transform both the West Falls Church Metrorail station and Virginia Tech’s Northern Virginia Center site, which together comprise approximately 31.5 acres, into a higher-density, pedestrian-oriented transit-oriented community in a way that is Metrorail-oriented and compatible with surrounding neighborhoods.

The Plan amendment dovetails with replanning efforts occurring on the adjacent former George Mason High School site in the City of Falls Church, which was recently approved for a high-density mixed-use project. The Plan Amendment’s vision, if realized, will create an urban fabric that will increase the broader community’s overall vitality and sustainability. Residents and workers within the planning area will be encouraged to walk to the Metrorail station and other nearby businesses, and it will help sites in this area of the County and the City of Falls Church evolve into a larger 60-acre vibrant and economically successful mixed-use and interconnected neighborhood. 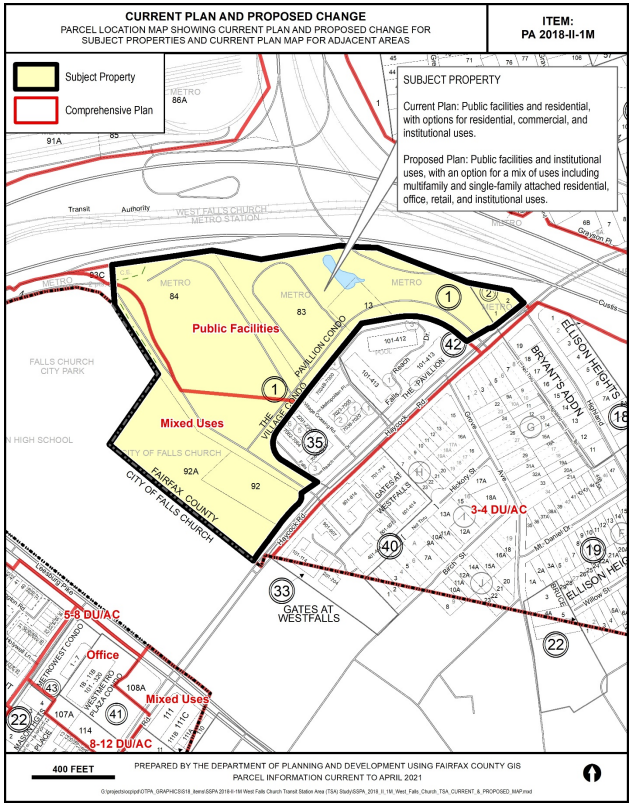