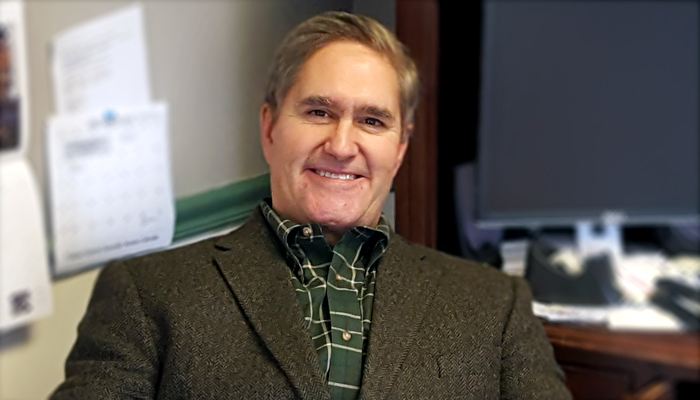 “A Scoutmaster should never mix Scouting and politics.” Randy Minchew emphasized the importance of this adage during our conversation about his lifelong involvement with the Boy Scouts of America. Although Randy has been careful to strictly follow this golden rule, his scouting roots are evident in both his legal and political career.

“As land use lawyers, a lot of what we do is appreciating and
implementing sound conservation practices.”

Randy has been with Walsh Colucci since 1998, and currently serves as Managing Shareholder of the firm’s Loudoun Office. He is also a member of the Virginia House of Delegates. His legislative record reveals a commitment to conservation, a value that was instilled in him through his decades of involvement with Boy Scouts of America (BSA) and can be seen in his work as a land use attorney. Randy believes that the conservation ethic is a crucial part of land use planning. “As land use lawyers, a lot of what we do is appreciating and implementing sound conservation practices.” Randy cites best management practices, erosion and stormwater control, open space preservation, and non-point pollution reduction as several examples that have become standard in the firm’s land use cases.

As an 11-year-old in the 1960s, Randy was drawn to the promise of adventure and leadership opportunities that Scouting had to offer. While he recalls many easy-going times as a youth in his McLean troop, he also remembers those stressful situations where he and his fellow scouts faced adversity. Randy recalls an especially challenging situation he encountered as a young scout in which he and his troop went on a winter 10-mile hike and campout but due to an unanticipated cold front found themselves atop the Blue Ridge Mountains at dusk in single digit temperatures. He admits “we did not exactly abide by the Boy Scout motto ‘Be Prepared’ that trip, but we learned some life lessons never to be forgotten.”  Randy was awarded Eagle Scout rank, Scouting’s highest, in 1971. His Eagle Scout certificate is signed by President Richard Nixon, but Randy is quick to point out that President Gerald Ford, America’s only Eagle Scout President, is a far better exemplar. 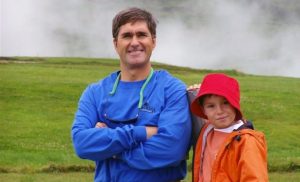 For 25 years, Randy was less involved with scouting but was drawn back in when his son joined a Leesburg troop as a Tenderfoot Scout. Following his service as Chairman of the Loudoun County Economic Development Commission, and his numerous terms on the Loudoun County Chamber of Commerce Board of Directors, Randy reentered Scouting when he was asked to serve as the District Chairman of Scouting in Loudoun County. In this role, he led adult scouters, addressed BSA organizational issues, fundraising, and human resources. An avid outdoorsman who has hiked Mt. Kilimanjaro, Mt. Rainier, and more than 1,000 miles of the Appalachian Trail, Randy couldn’t ignore the call of the wild and service to scouting at the troop level where, as he notes “the real action is.” He eventually became Scoutmaster of Leesburg Troop 998 and helped the troop become one of the largest BSA troops in Loudoun County. Randy is particularly proud of the fact that he and his scouts readily welcomed young men on the autism spectrum into the troop, teaching them all how to work together to overcome obstacles and instilling the importance of diversity. 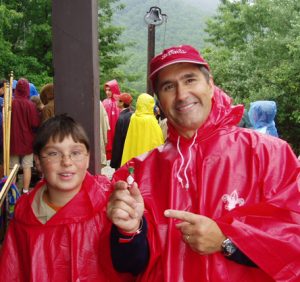 In his role as Scoutmaster, Randy has helped 21 young men achieve the rank of Eagle Scout. At many of the Court of Honor ceremonies held, Randy was given mentorship pins by these new Eagle Scouts in recognition of the role he played in their Scouting achievements. On the back of each pin, Randy has inscribed his mentee’s name, and wears each pin proudly as a memento. When the decennial redistricting was done for the General Assembly in 2011 and Randy decided to run for a new seat created for Loudoun County, Randy resigned as Scoutmaster before declaring his candidacy following his decree to never mix scouting and politics. He recalls, “When I stepped down as Scoutmaster, the boys had no clue if I would run as a Republican or Democrat, and I guess that showed I succeeded.”

Still, he remains active with BSA, teaching many of the merit badges required for the Eagle Scout rank and serving on the Executive Board of the National Capital Area Council. In 2010, Randy was awarded BSA’s highest adult leader recognition, the Silver Beaver Award, and, in 2016, in front of many firm friends and colleagues, Randy was presented the Good Scout Award honoring his leadership and commitment to scouting. 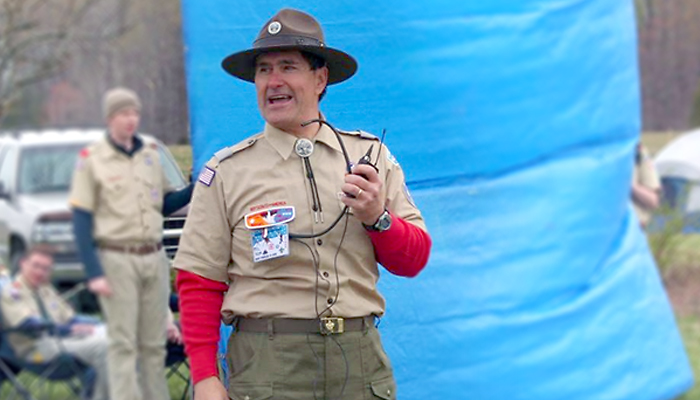 Although he has collected numerous awards during his decades of involvement with the BSA, Randy recalls a rather unusual event instead of those formal accolades. As a self-described “unathletic 12-year-old overweight kid”, Randy participated in the annual floating/water treading contest held at Goshen Scout Reservation’s Lake Merriweather in which a large group of boys participated. After eight hours in the middle of the lake, as the sun was setting, only two boys remained in the competition: Randy and a scout from Prince Georges County. As the counselor in nearby rowboat pleaded with the two boys to call off the competition for safety reasons, Randy and the other boy kept the contest going. After nightfall, the two boys made a pact that they would quit the competition at exactly the same time by simultaneously touching the gunnel of the rowboat, thereby creating co-champions. They had never met prior to the contest, but over the course of this endurance contest, developed a level of trust and mutual respect. When they arrived at dock for the hike back to their campsites, they were greeted by two rows of cheering scouts with flashlights. Randy recalls, “It was the first thing I ever won and the way it ended makes it really memorable”

Randy refers to Scouting as “the most successful youth leadership movement in the history of the world,” and credits BSA for teaching him to practice servant leadership in all aspects of his life.