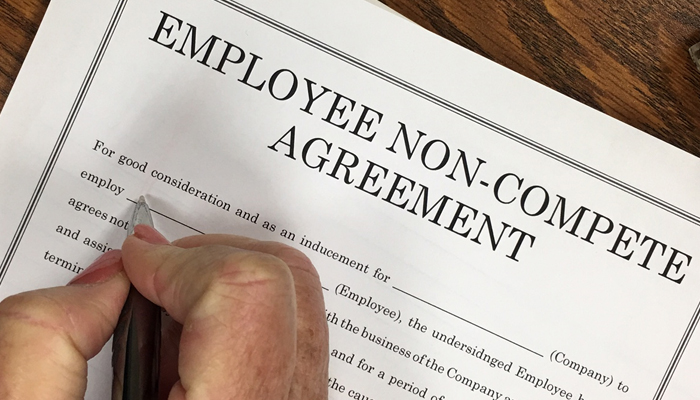 The popularity of non-compete agreements in Virginia has increased substantially over the years. Such agreements prohibit a former employee from competing against his or her former employer for a period of time after the termination of employment. Although increasingly common, covenants not to compete are frequently a source of expensive and time-consuming litigation, and the law is constantly evolving.

We are routinely involved in such cases, both on behalf of employers trying to enforce the agreements and former employees trying to avoid them. The outcome of the litigation will often turn on whether the agreement is enforceable.

Under Virginia law, non-compete agreements are enforceable if they are narrowly drafted to protect a legitimate business interest, not unduly burdensome on the employee’s ability to earn a living, and not against public policy. The burden of proof is on the employer seeking to enforce the agreement to prove that it is reasonable.

In order to determine reasonableness, Virginia courts evaluate three aspects of the restriction: its duration, its geographic scope, and the breadth of the activity being restricted (the “functional scope”). The elements are considered collectively, rather than individually. Thus, a two-year limitation found reasonable in one case might be unreasonable in another case depending on the scope of the other restrictions.

Duration. Generally, an enforceable non-compete agreement must have a limited duration because Virginia courts will protect a former employee’s right to make a living in his or her chosen field. Unfortunately, there are no black-and-white rules regarding when a duration is reasonable because it must be considered together with the geographic scope and functional scope limitations. Virginia courts have upheld agreements that restrict competition for one and even two years or more in certain cases.

Geographic Scope. Covenants not to compete must also be limited in geographic scope. Generally, employers can only restrict competition within the area they do business. For example, if 90% of a company’s business is within 25 miles of the main office and the employer requires a 50-mile non-compete radius upon termination, expect it to be struck by the courts.

When construing a non-compete agreement, any benefit of the doubt will be given to the employee, so the language of the agreement is critical. If a court concludes that a provision of a non-compete agreement is unenforceable, it will not rewrite or remove that provision. Instead, it will invalidate the entire agreement. This result would undermine the validity of all similar agreements a company might have with its other employees. All the more reason to not overreach when drafting them.

Non-compete agreements are not for everyone. They should be used only for key personnel, such as head salespeople, officers, directors, marketing personnel, and other employees involved in critical aspects of a company’s business. Non-solicitation agreements, which protect a company’s clients and/or employees from being poached by former employees, are also a useful tool and generally are more easily enforced.

Because the law is constantly changing, we recommend employers routinely have their agreements reviewed to make sure they are enforceable. In 2011, the Virginia Supreme Court struck as overly broad a non-compete agreement that was identical to one it had upheld as reasonable for the same employer in 1989.

Please feel free to contact Garth Wainman to discuss any questions you may have regarding whether non-compete and/or non-solicitation agreements are appropriate for your business. We would be happy to review any of your existing agreements for compliance with current law.