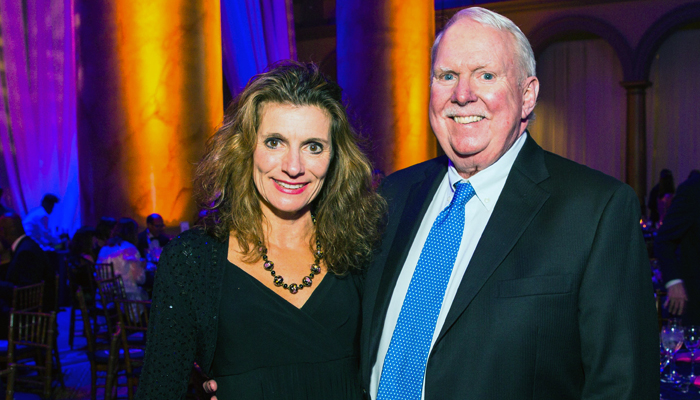 For the past 19 years, Art Walsh has hosted an annual golf outing to raise money for JDRF, the leading global organization funding type 1 diabetes (T1D) research. After each outing, Art has stood in front of his many clients, colleagues, friends, and family and thanked them for their participation and generous contributions. This year’s annual golf outing was held October 17 at Westwood Country Club. During the evening’s reception, the 141 golfers who had played in the tournament that day, and the clients, guests, and family in attendance, stood to applaud Art as JDRF Executive Director Bill Parsons announced that Art was the 2016 Rapaport Lifetime Service Award recipient.

“Art’s extraordinary commitment to finding a cure for T1D is
exactly why we decided he is deserving of this service award.”
JDRF Hope Gala Program

Art was formally honored and presented the award on November 5, at the 16th annual JDRF Hope Gala held at the National Building Museum in Washington, D.C. This award recognizes Art’s tireless efforts in raising more than $1.1 million over the years for JDRF and comes as no surprise to Art’s many clients, friends, family, and golf outing participants. 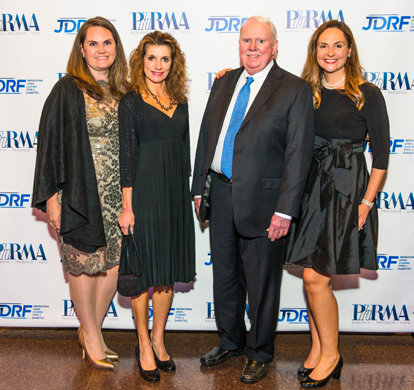 The firm’s annual golf outing pays tribute to Art’s brother John, who was diagnosed with T1D at age 11 and passed away in 2000 due to complications from the disease. Art, who is both inspired and humbled to be recognized by JDRF, remembers as a child watching his young brother give himself two injections a day and witnessing his lifelong struggle with the disease. Art describes the golf outing as a great way to honor his brother, entertain clients, raise money, and contribute to JDRF. And he credits friends and clients of the firm who have generously contributed to the event over the years.

“Love this guy. So proud of my dad and all his work on behalf of juvenile diabetes research!”
Ada-Marie Aman

Art’s initial inspiration for community involvement came from his parents, who inspired him from a young age to work hard and be humble. For those wishing to get involved in charity work, Art suggests that you can make a substantial contribution if you focus your efforts and energy on one or two organizations that are particularly meaningful to you. Art demonstrates this principle in his commitment to JDRF and in his years of service to his alma mater, the College of William & Mary. 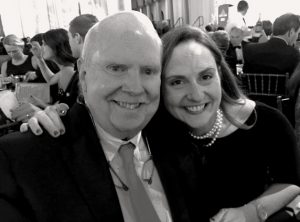 In 2015, Art was one of only four recipients of the College of William & Mary’s prestigious Alumni Medallion Award. The medallion, the highest award the Alumni Association can bestow on a graduate, is awarded to alumni in recognition of their professional accomplishments, leadership, dedication to the community, and commitment to their alma mater. Art was secretly nominated for the award by his twin brother, Pat, and was sure that the phone call he received telling him he had won was a mistake. But Art should not have been surprised. He is a generous contributor to the college and served on the Alumni Association Board for six years, which involved staying connected with the law school and providing summer associate opportunities to law school students at his firm. Art’s commitment to William & Mary is his way of saying thank you for the wonderful education he received during his time as both an undergraduate and law school student.

From a young age, Art has been an agent of change. He has shown his commitment to this ideal in his continued involvement with The College of William & Mary and in his work with JDRF in honor and memory of his brother. 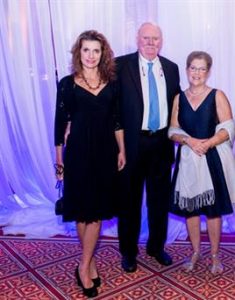