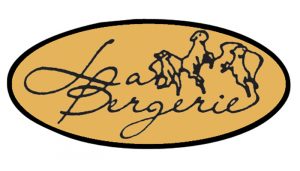 In July 2014, Janow and its principals, Margaret and Laurent Janowsky, proposed relocating La Bergerie from its current location in the Crilley Warehouse to 329 North Washington Street. In addition to the restaurant, Janow proposed to operate a small inn at the new location. Janow needed various zoning approvals from the Alexandria City Council, and with the assistance of Walsh Colucci’s Cathy Puskar, filed three interrelated land use applications to rezone the property and obtain a special use permit for the new uses. After obtaining a unanimous favorable recommendation from the Alexandria Planning Commission, on October 18, 2014, Janow received unanimous approval from the Alexandria City Council.

A group of neighbors who lived near the proposed new location, however, filed a lawsuit in the Alexandria Circuit Court challenging the City Council’s decision. The complaint alleged, among other things, that the decision was arbitrary, capricious, and unreasonable, and amounted to illegal spot zoning under Virginia law. The plaintiffs claimed that the City Council’s approval “was the product of a sham proceeding” and “stemmed from multiple procedural and substantive violations of Virginia law, the Charter of the City of Alexandria, the City of Alexandria Zoning Ordinance, and the relevant deliberative bodies’ own prescribed rules.” The plaintiffs further contended that the City Council failed to consider the merits of the application, but rather voted “to confer a substantial financial benefit on a politically-connected family,” because Margaret Janowsky is the daughter of former Alexandria Mayor and Virginia State Senator Patricia Ticer.

Andy Burcher and Matt Westover defended Janow in the litigation. After more than a year and a half of pretrial maneuvering, the trial finally began on May 31, 2016. Over the course of the next three days, the Alexandria Circuit Court heard testimony from numerous witnesses and reviewed hundreds of pages of exhibits, during which the litigators poked holes in the plaintiffs’ claims.

The court took the matter under advisement until October 31, 2016, when it issued a 14-page letter opinion that rejected the neighbors’ claims in their entirety and concluded that the “City Council’s actions were reasonable and not arbitrary and capricious and did not constitute spot zoning.” The court agreed with Janow’s position that the principal case relied on by the plaintiffs was distinguishable from Janow’s case and that the perceived procedural issues they complained of did not render the City Council’s decision invalid. Having rejected the procedural, or “Renkey” issues, the court applied well-established Virginia law that the City Council’s decision was entitled to a presumption of validity and was subject to the “fairly debatable” standard. The court also agreed with Janow that the City Council’s decision did not constitute illegal spot zoning because the relocation of La Bergerie would benefit the entire City in numerous ways including promoting the expansion of a locally owned small business, protecting a building of historic and architectural value, and encouraging tourism.

Although the court’s decision could be appealed to the Virginia Supreme Court, it clears a major hurdle for La Bergerie’s proposed relocation to move forward.