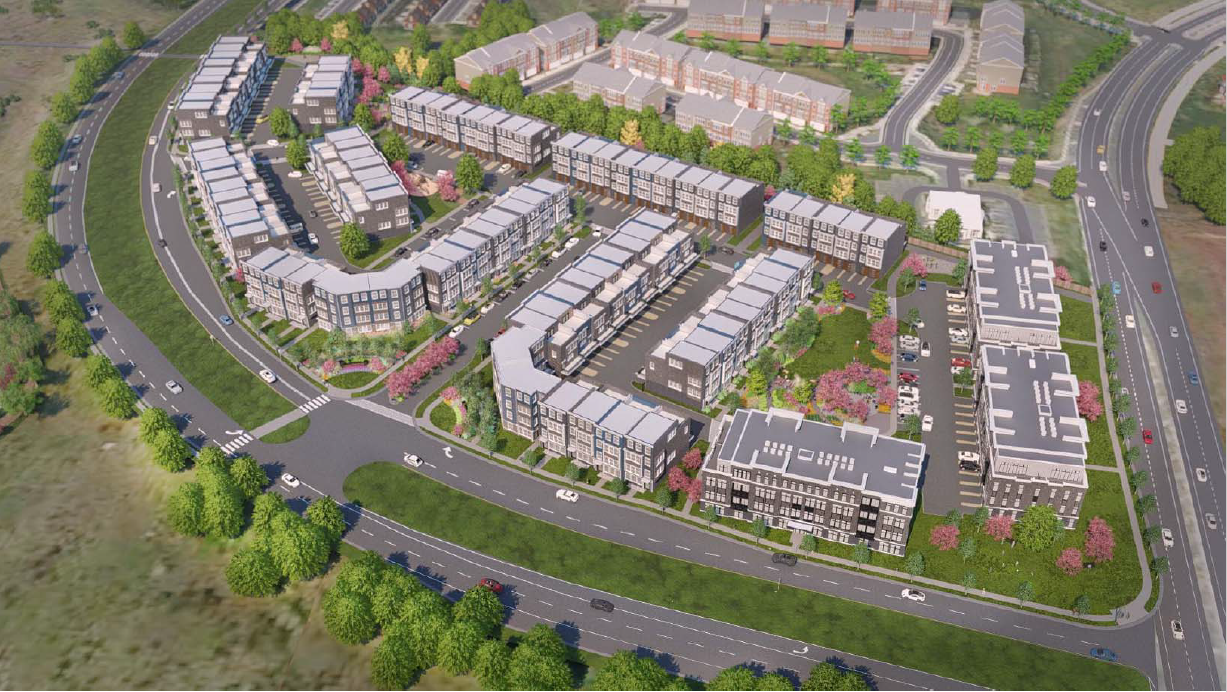 On December 3, 2019, the Loudoun County Board of Supervisors approved The Peterson Companies’ Ashburn Station project, which consisted of a complex series of separate, but related, applications designed to deliver an exciting new 224-unit multifamily project near the future Ashburn Metrorail station.

Such was the case with the 10-acre Ashburn Station site, which comprised the westernmost area of open space for The Regency, a 143-lot single family community created in 1996 under Loudoun’s “Countryside Residential” zoning district.

Pursuant to zoning requirements at the time of The Regency’s subdivision, approximately 62 acres of open space were provided throughout the community, all of which were placed under an open space easement to the benefit of the Loudoun County Board of Supervisors. The westernmost 10 acres of this open space—which would later comprise the Ashburn Station rezoning site—was visually and physically separated from the balance of The Regency by right-of-way for Ashburn Village Boulevard, which was dedicated concurrently with the initial subdivision.

Then, in 2003, the Board of Supervisors changed the manner by which Countryside Residential subdivision open space was to be calculated; namely, that land dedicated for public streets (including the right-of-way for Ashburn Village Boulevard) could henceforth be included in the gross subdivision acreage. Under this new methodology, The Regency was left with more than 12 acres of excess open space, the westernmost 10 acres of which is now included within the new Urban Policy Area and will soon sit in close proximity to Metrorail.

After several months of examining the potential for development in light of the new comprehensive plan, The Peterson Companies submitted requests with Loudoun County to transform the 10-acre open space site into a dense, urban, pedestrian-friendly residential community. Intended to serve as the northern gateway to the Ashburn Metrorail station area, Ashburn Station will address the need for for-sale, urban style housing in Loudoun County. By placing residents in proximity to Metrorail, the neighborhood will help drive Metrorail ridership and ensure the vitality of employment and retail uses closer to the station. 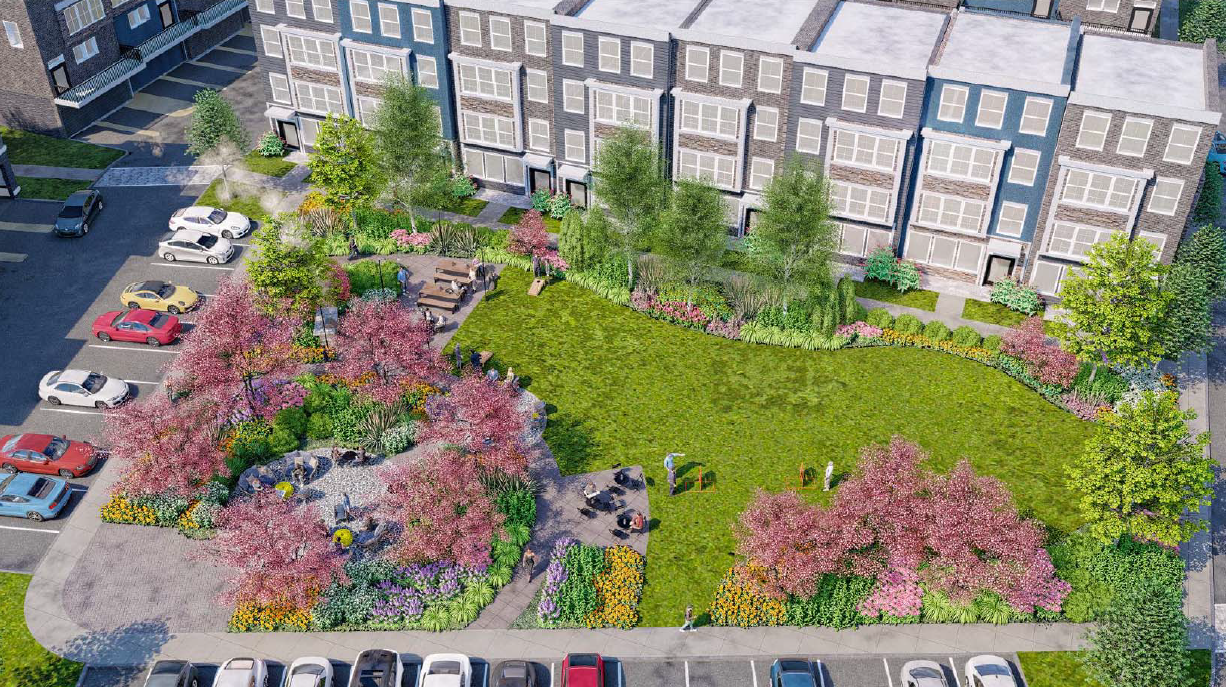 Though surrounded by conventional suburban residential communities, Ashburn Station will introduce a dense, pedestrian-friendly, walkable neighborhood near the station. Homes, for example, will adhere to design guidelines that call for contemporary and upscale design elements. A series of Zoning Ordinance modifications were also approved to help convert Ashburn Village Boulevard and Waxpool Road into a more urban typology, with homes set close to both roadways complemented by street trees and urban streetscape elements. A series of amenities and open spaces are also planned, with focal point landscaping provided to link the community to Ashburn Village Boulevard, while providing a sense of privacy for residents.

A key focus of the project was to complete several significant missing pedestrian links in the area. While the surrounding transportation network was largely constructed under prior suburban standards, the area lacks many of the pedestrian facilities and connections one might expect to find so close to a future Metrorail station. As a result, Peterson agreed to construct multiple pedestrian links, interparcel connections, crosswalks, and turn lanes. Bicycle infrastructure, a bus shelter, and a direct pedestrian connection to the future Metrorail station will also be provided.
From a housing affordability perspective, a range of housing types and sizes will be offered, including 11 Affordable Dwelling Units and three Affordable Market Purchase Program Units. In order to attract younger professionals and older “move-down” buyers, the project will introduce two “Missing Middle” housing types that do not yet exist in Loudoun’s Urban Policy Area—stacked townhomes and attached multifamily dwelling units.

Aside from the rezoning, four companion applications were required to help achieve the project’s vision. First, the Board of Supervisors passed an ordinance pursuant to Va. Code Ann. § 15.2-2272 to partially vacate the subdivision plats that created the Regency’s four open space parcels and remove the “open space” designation. 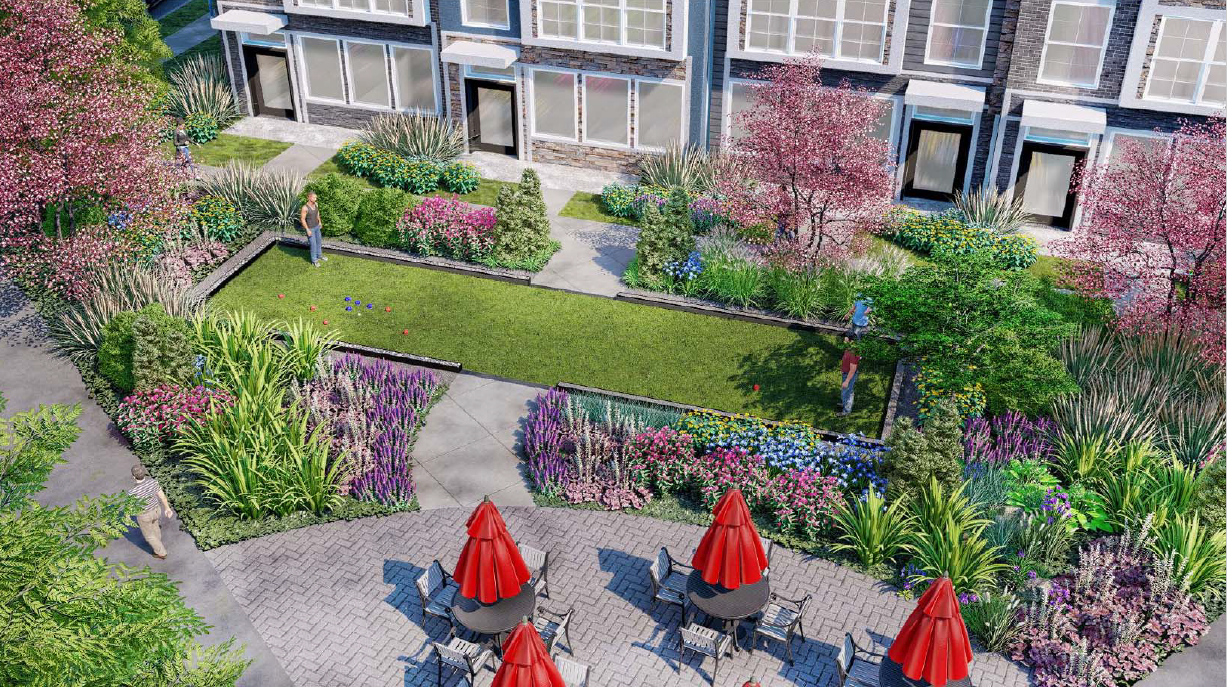 Second, to provide a more logical entry to the community, the Board authorized both the abandonment of a 0.77-acre portion of Ashburn Village Boulevard adjacent to the rezoning site, as well as its incorporation into the rezoning area. This right-of-way houses a stormwater management pond for the roadway which has not been maintained and was constructed under outdated environmental criteria. In exchange, Peterson agreed to install a new stormwater management pond to provide detention for both the roadbed and proposed community, as well as accept responsibility for its maintenance and design the pond to meet current stormwater regulations.

Third, to enhance the fiscal benefits of the project, the Board of Supervisors voted to include the 10-acre site within the County’s Metrorail Service District. Doing so is expected to help fund Loudoun County’s anticipated capital contribution for the Phase II Silver Line as the new neighborhood develops.

Under Virginia’s Open Space Land Act at Va. Code Ann. § 10.1-1704, the vacation and substitution of an existing open space easement is a legislative action that requires approval by the easement holder—in this case, the Loudoun County Board of Supervisors. The Board may approve the action if certain minimum standards are met as set forth as set forth in the statute, which includes a requirement that any substituted eased land be provided on property that is of greater value as permanent open space land than the eased land being vacated. 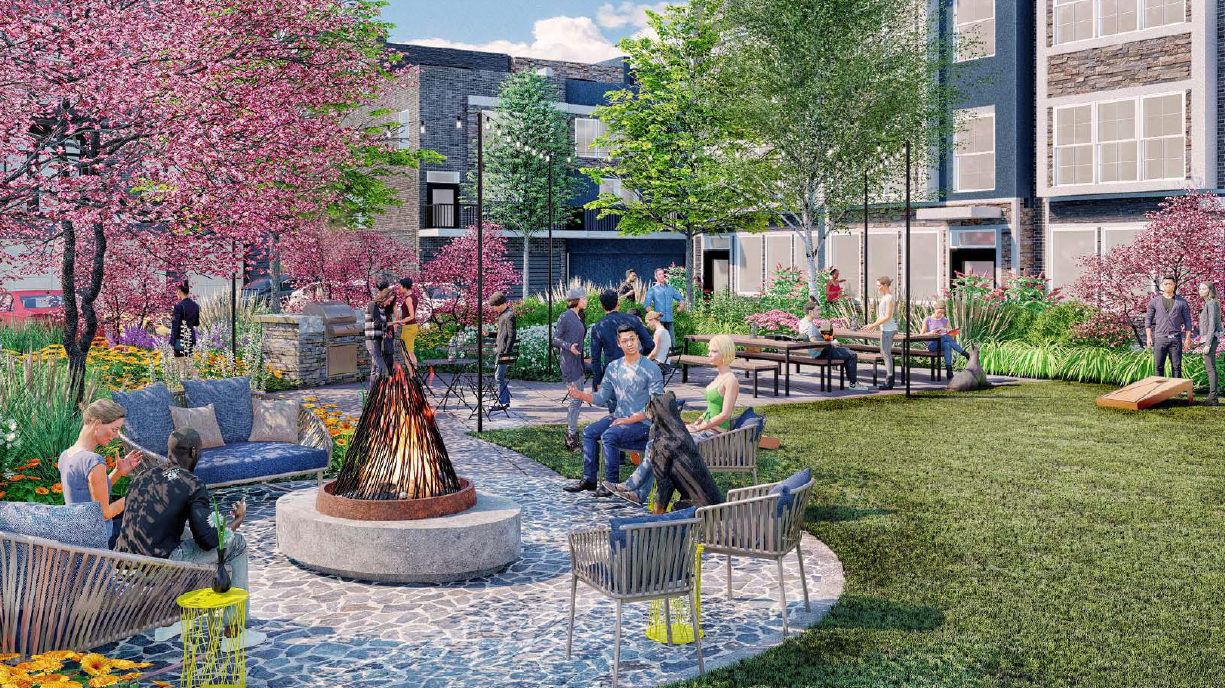 Following intense negotiations with Loudoun County staff and members of the Board of Supervisors, the Board agreed to vacate the open space area in exchange for Peterson providing a 56.31-acre fee simple dedication of parkland to the County, alongside a separate 15-acre open space easement at Commonwealth Center, located along Loudoun County Parkway. This park site is more than five times the size of the Ashburn Station rezoning area and, when combined with the adjacent 163-acre park dedication area in Kincora, will ultimately form a part of a major stream valley park along Broad Run.

Unlike the 10-acre Ashburn Station site (which is privately owned and enjoys no public access), the new park site will be fully accessible to all Loudoun County residents, and will include a gravel parking lot, an athletic field, and a pedestrian bridge. As a part of the rezoning application, Peterson also agreed to dedicate funds towards a major pedestrian bridge across Broad Run. Such amenities will help satisfy many of Loudoun’s identified park and capital needs, and the park site will protect potential wetlands and areas draining directly into Broad Run.

Each aspect of the Ashburn Station project required separate hearings and actions by the Board, substantial negotiation, individual project planners and review cycles, and, in some cases, the drafting and execution of independent written agreements governing the commitments to be made by the County and Peterson. The timing and sequencing of events also proved critical, as Peterson worked with senior Loudoun County administrative staff and the County Attorney to generate a timeline that provided predictability for all parties.

The result is an exciting project that will deliver a new neighborhood and substantial park amenities, and help fulfil the County’s vision for high-quality mixed-use development around the future Ashburn Metrorail station. It serves as a good example of a public-private partnership that seeks to merge the interest of public needs with private sector innovation in a way works to benefit Loudoun County and its residents. Lastly, and of equal importance, it demonstrates that these actions, with strong leadership, can be processed in an efficient manner; in the case of Ashburn Station, all aspects of the project were submitted, processed, and acted upon by the Board within a one-year timeframe.

Walsh Colucci shareholder Andrew Painter served as zoning counsel in the case, and Kimley-Horn served as the civil engineers. 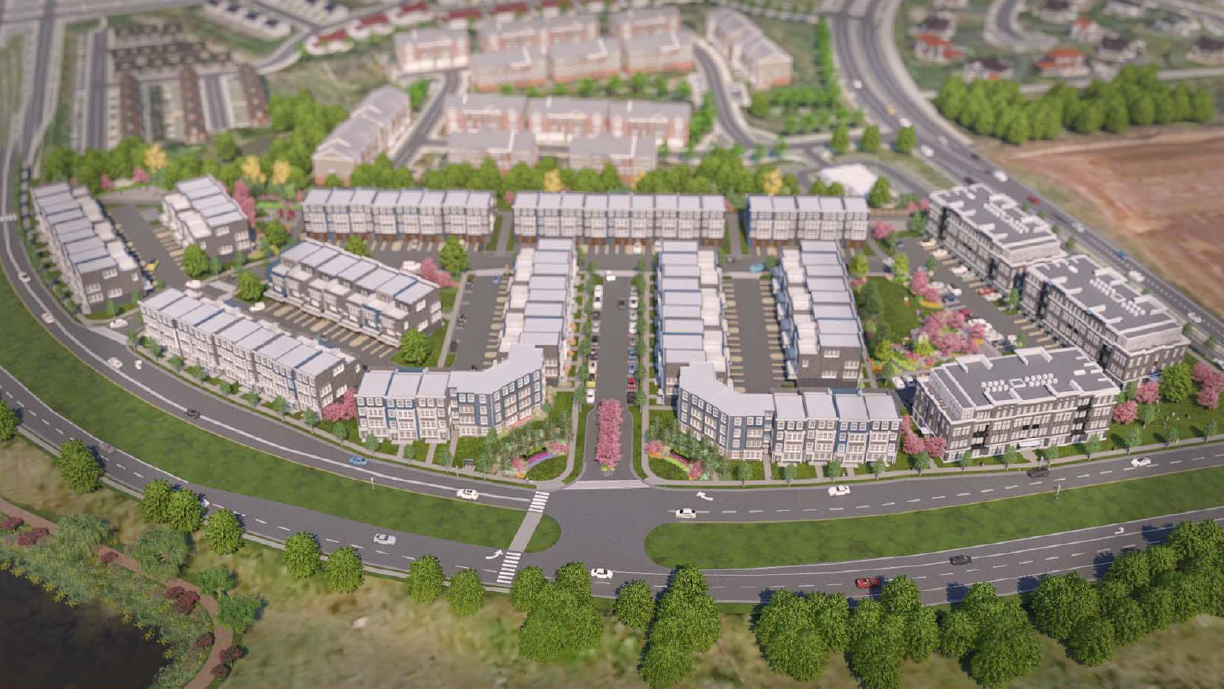