The Loudoun County Board of Supervisors voted 5-4 on July 3rd to affirm its support for Phase 2 of the Silver Line (Yes: York, Buona, Letourneau, Reid, and Williams; No: Clarke, Delgaudio, Higgins, and Volpe). Phase 2 of the Silver Line will extend from Wiehle Avenue in Reston to the Route 772 station in Loudoun County and is planned for completion in 2017. The Phase 2 stations include Reston Parkway, Herndon-Monroe, and Route 28 in Fairfax County and Dulles Airport, Route 606, and Route 772 in Loudoun County (the names of these stations will likely be altered in the future). While the Board decided to remain committed to the July 19, 2007 â€œAgreement to Fund the Capital Cost of Construction of Metrorail in the Dulles Corridorâ€, it remains to be seen how the Board will fund its approximately $269 million share of the Phase 2 capital expenditure. 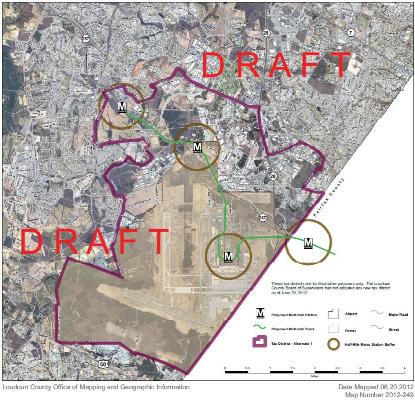