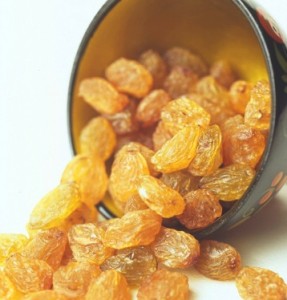 On June 22, in one of its last opinions of the 2015 term, the U.S. Supreme Court handed down a decision in Horne v. Department of Agriculture. This case has to do with what are called per se takings in the form of actual physical acquisition of property as opposed to regulatory exactions. The case, involving raisins of all things, has the potential to affect matters like affordable housing ordinances (to the extent that statute or ordinance requires that a developer either pay for, or actually provide, such affordable housing at prices that do not recover the costs of construction). At the very least, it will lead to further litigation regarding such topics.

It appears that the New Deal Agricultural Marketing Agreement Act of 1937 authorizes the Secretary of Agriculture to promulgate marketing orders to help maintain stable markets for particular agricultural products. The Raisin Administrative Committee (!) established to impose a reserve requirement that growers set aside a certain percentage of their raisins for the account of the government free of charge is such a marketing order. The Act allows the government to make use of those raisins by selling them in noncompetitive markets, donating them, or disposing of them by any means consistent with the purposes of the program—including destroying them. If any profits are left over after subtracting the government’s expenses, the net proceeds are redistributed to the raisin growers. In 2002–03, raisin growers were required to set aside 47 percent of their raisin crop under the reserve requirement and between 2003 and 2004, 30 percent.

In Horne v. Department of Agriculture, raisin growers Mr. and Mrs. Marvin Horne and their family refused to set aside any raisins for the government on the grounds that the reserve requirement was an unconstitutional taking of their property without just compensation. The government fined them the fair market value of their reserve requirement as well as additional civil penalties for their failure to obey the raisin marketing order.

The Hornes sued and the Ninth Circuit held that the reserve requirement was not a per se Fifth Amendment taking because personal property is afforded less protection under the Takings Clause than real property, and because the Hornes, who retained an interest in any net proceeds, were not completely divested of their property. The Court of Appeals held that, just as in cases allowing the government to set conditions on land use and development, the government imposed a condition (the reserve requirement) in exchange for a government benefit (an orderly raisin market). It held that the Hornes could avoid relinquishing large percentages of their crop by “planting different crops.”

The Supreme Court reversed, holding that the Fifth Amendment requires the government pay just compensation when it takes personal property, exactly as when it takes real property. Any net proceeds the raisin growers receive from the sale of the reserve raisins only goes toward the compensation they received for that taking—it does not mean the raisins have not been appropriated for government use. Nor can the government make raisin growers relinquish their property without just compensation as a condition of selling their raisins in interstate commerce.

The decision and the salient elements of the opinion are available here.