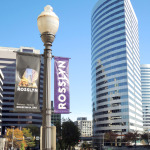 Since the opening of the Rosslyn Metro Station in 1976, Rosslyn has been faced with a set of challenges not uncommon to urban downtowns: managing pedestrian and automobile traffic, a need for more affordable housing, retail, and office space, and a desire for useable parks and open space areas.

To address these challenges, the County Board initiated a community-driven process known as Realize Rosslyn to update the Rosslyn Sector Plan, which was last updated in 1992. The goal of Realize Rosslyn is to guide Rosslyn’s growth and development in accordance with the County’s General Land Use Plan and policies.

Now in its final phase, Realize Rosslyn will result in an updated Rosslyn Sector Plan intended to maintain Rosslyn’s vibrant and familiar commercial center by creating a high-density, mixed-use district with an improved network of sidewalks, bike lanes, and walkways that connect to enhanced parks and open spaces. Rosslyn will continue to be a major transit hub that will become better connected through the creation of a grand esplanade linking Gateway Park and Freedom Park, and through an extension of 18th Street from the Metro station to the Potomac riverfront. 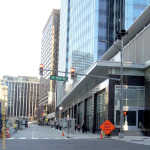 Realize Rosslyn subcommittees addressing building height and massing, parks and open space, and transportation issues will soon be wrapping up their meetings on those topics. The full Realize Rosslyn committee, known as the Process Panel, will hold meetings in November and December to finalize input for the Rosslyn Sector Plan update, the first draft of which is scheduled for release at the end of the year. Additional community input will be gathered in the first few months of next year that will be incorporated into the final draft to be presented to the County Board in April 2015.