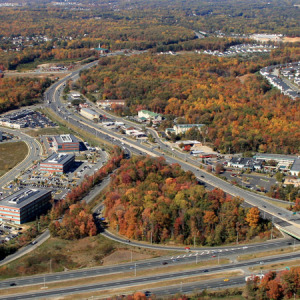 On June 25, the Virginia General Assembly passed a statute spurred by the U.S. Supreme Court decision in Koontz v. St. James River Water Management District, a case arising out of Florida. The statute provides a remedy for a violation of federal constitutional law for a locality’s imposition of an “unconstitutional condition” in the form of a mandatory dedication of real property or an exaction of money. These conditions can be a “taking” under the Fifth and Fourteenth Amendments.

An unconstitutional condition is one that mandates the surrender of property in connection with land use approvals when forced dedication of property bears no legitimate connection to a proper public purpose or, if such a connection exists, the dedication demanded is not “roughly proportional” to the need generated by a given development. For example, it would be unconstitutional for a locality to require dedication of right-of-way for a four-lane divided highway in connection with a special use permit for a kennel. This has neither the necessary relationship between the demand and the exaction, nor is it “roughly proportional” to impact.

Koontz went even further than existing law, for it is now clear that the denial of a permit on the grounds that the landowner refused to consent to an unconstitutional condition, or the exaction of money, may constitute a taking. Florida had claimed that if a permit is denied there is no condition imposed, and no taking can have occurred. The Supreme Court observed that a land developer is uniquely vulnerable to governmental overreach in pursuit of approvals, and that the exercise of one’s development rights cannot be conditioned upon surrender of a constitutional right.

Florida had in place a statutory remedy for such takings, and although Virginia has long had a provision for “inverse condemnation” claims, it had no specific Koontz remedy. The bill was thus crafted to provide a state law remedy for situations the U.S. Supreme Court would find constitutionally defective as uncompensated takings.

The bill is brief but powerful. If a locality imposes an unconstitutional condition on essentially any kind of land use permit, the landowner can take legal action within the 30 or 60 days currently applicable to appeals of zoning actions, and site and subdivision plans. The same holds true if the locality denies the permit for failure to consent to such a condition. If the landowner demonstrates that a condition is unconstitutional, it can be compensated for the taking and obtain a court order mandating approval of a permit without the unconstitutional condition. Moreover, and of potentially great significance, if notice of objection to the condition has been given by the landowner, and if the court finds that the unconstitutional condition was a “factor” in the grant or denial of a permit before governmental action, then the court must assume that it was the controlling factor. The locality must then prove that its proposed condition or its denial of a permit was valid by “clear and convincing evidence.” In these circumstances, the dreaded “fairly debatable” standard will not apply.

As important as this statute may prove to be in reining in governmental overreach, it is also important to recognize that it does not make all proffered dedications of property or exactions of money unconstitutional. It will remain a question of fact.

The statute, which went into effect July 1, 2014, adds the following section to the Code of Virginia:

§ 15.2-2208.1. Damages for unconstitutional grant or denial by locality of certain permits and approvals.

A. Notwithstanding any other provision of law, general or special, any applicant aggrieved by the grant or denial by a locality of any approval or permit, however described or delineated, including a special exception, special use permit, conditional use permit, rezoning, site plan, plan of development, and subdivision plan, where such grant included, or denial was based upon, an unconstitutional condition pursuant to the United States Constitution or the Constitution of Virginia, shall be entitled to an award of compensatory damages and to an order remanding the matter to the locality with a direction to grant or issue such permits or approvals without the unconstitutional condition and may be entitled to reasonable attorney fees and court costs.

C. Any action brought pursuant to this section shall be filed with the circuit court having jurisdiction of the land affected or the greater part thereof, and the court shall hear and determine the case as soon as practical, provided that such action is filed within the time limit set forth in subsection C or D of § 15.2-2259, subsection D or E of § 15.2-2260, or subsection F of § 15.2-2285, as may be applicable.