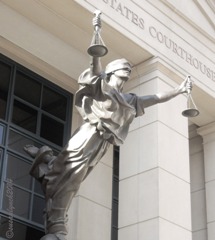 Buyers and sellers of real estate should take note of a recent opinion from the Supreme Court of Virginia that clarifies the line between “buyer beware” and fraud.

In the matter of Devine v. Buki, the seller of a 200-year-old residential property in Northumberland County known as “Rock Hall” undertook renovations of the structure in 2005 before placing the property for sale in 2006. The seller, through a local Realtor, then advertised the property as having been “completely restored.”

In 2007, the seller entered into a sales contract with the buyers that explicitly stated the seller made no representations or warranties with respect to the property and that Rock Hall was being sold “as is … with all defects which may exist, if any, except as otherwise provided in the real estate contract.”

The buyer then retained two separate inspectors to inspect the property. The first noticed evidence of a water stain and mold, but told the buyers he found “nothing that would cause him to tell a potential purchaser not to buy Rock Hall.” The second inspector noted moisture and insect damage in the basement, but found no evidence of infestation in the home and believed the moisture issues were “not out of the ordinary for the area.” The buyers closed on the purchase of Rock Hall after requesting minor repairs related to the visible water stain.

After closing on the property, the buyers noticed excessive leaking and hired contractors to inspect the property again. The contractors inspected the siding of the home and noticed that some of the siding and corner posts had been replaced with new material. When they removed the newer siding, they found substantial rot and termite damage. The buyers sued the seller for fraud and for violating the Virginia Consumer Protection Act.

The seller, who didn’t deny that he concealed damage to the property, attempted to rely on the fact that the contract specifically stated that the property was being sold “as is” and that no representations or warranties were being made with respect to Rock Hall’s status. Ultimately, the Supreme Court held that it didn’t matter whether the false statements or concealment by the seller occurred before or after entry of the contract. Because of this, neither the “as is” clause nor the inspectors’ failure to catch the actual extent of the damage relieved the seller of his prior acts of concealment. The Supreme Court affirmed the trial court’s decision to rescind the sales contract and award attorney’s fees to the buyers.

Although no new rulings of law came out this action, the decision serves as an excellent starting point for buyers considering whether to pursue action against a seller when a previously unknown condition is found after the sale of property. On the one hand, buyers’ failure to obtain affirmative representations or warranties and the use of an “as is” contract did not cause a death knell to the case for this buyer. On the other hand, the seller did not deny that he had taken affirmative steps to conceal damage to the property despite marketing it as “completely renovated.” One wonders whether the buyers would have achieved the same result if the seller had challenged the extent of his alleged concealment and not relied so heavily on the “as is” clause. Either way, sellers of real property should take notice that an “as is” contract alone will not necessarily shield them from consequences of their actions and statements made with respect to the property for sale.