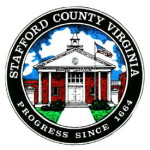 UDAs are areas designated by a locality in its Comprehensive Plan that are (i) appropriate for higher density development due to their proximity to transportation facilities, the availability of a public or community water and sewer system, or a developed area; and (ii) to be used for redevelopment or infill development, to the extent feasible. In 2007, the Virginia General Assembly mandated that certain high-growth communities, including Stafford County, create UDAs within their comprehensive plans sufficient to meet projected residential needs. In 2012, House Bill 869 provided flexibility for UDAs, making them no longer a requirement of a comprehensive plan. As a result, the Stafford County Board of Supervisors and Planning Commission considered the issue and decided to remove UDAs as a future land use term, instead using the term Targeted Growth Area (“TGA”).

Previously, seven UDAs were located in the vicinities of primary road networks and transportation hubs, and along the rail corridor, to maximize the use of public transportation. These include Courthouse Area, Southern Gateway, George Washington Village, Eskimo Hill, Centerport, Leeland Town Station, and Brooke Station. Under the proposed Comprehensive Plan Amendment, TGAs would replace all UDAs except for Eskimo Hill, which will be eliminated. The proposed amendment also modifies the recommended number and type of dwelling units as well as the amount of commercial space in each of the TGAs. In addition, it adjusts the boundary limits of the Courthouse Area and Southern Gateway TGAs to expand the total acreage.

On July 7, 2015, the Board of Supervisors heard the Comprehensive Plan Amendment proposal and voted 4-3 to send it back to the Planning Commission for further review, asking that the Planning Commission have appropriate recommendations back to the Board of Supervisors by October. For more information, contact Jonelle Cameron at jcameron@thelandlawyers.com, or (703) 680-4664.