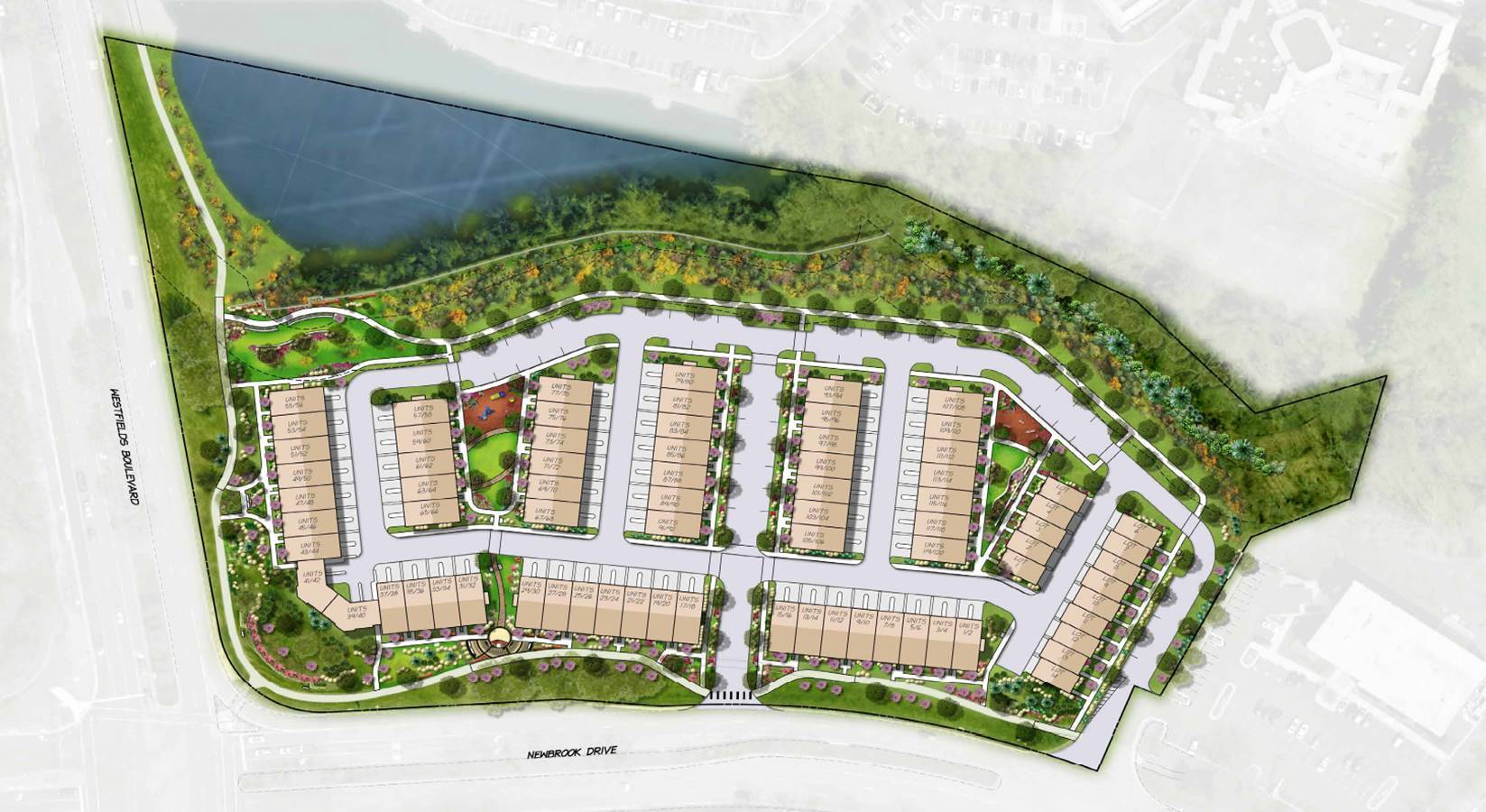 Originally set amidst a stream-laden landscape of rolling fields, and woodlands, creating an idyllic suburban environment, the 1,100-acre Westfields office park has largely built out in accordance with its original vision. Today, the heavily-landscaped corporate center is a job hub and a major economic driver for Fairfax County. Recent years, however, have witnessed the emergence of several challenges, including newer mixed-use office locations, and a lack of mix of uses, pedestrian connections, and community identity.

Sensing the need to diversify Westfields’ land uses and attract new investment to western Fairfax County, the Board of Supervisors in May 2019 adopted amendments to the comprehensive plan policies for Land Unit J of the Dulles Suburban Center. The amendments, which built upon an earlier 2016 Urban Land Institute study, permit retail and residential uses within Westfields to help keep it competitive as a jobs center relative to newer mixed-use centers and submarkets.

A major step in the furtherance of the new Land Unit J policies came on November 17, 2020, when the Fairfax County Board of Supervisors approved Stanley Martin Companies’ Stonebrook residential rezoning. The 12-acre Stonebrook site, located at the intersection of Westfields Boulevard and Newbrook Drive, is adjacent to the recently-completed retail offerings at Commonwealth Centre.

Housing affordability figured prominently into Stanley Martin’s overall approach. The project’s introduction of stacked townhomes to Westfields will provide a critical “missing middle” unit type that provides entry level homeownership choices. Stonebrook will also feature five affordable dwelling units and 11 workforce dwelling units (“WDUs”) that will be dispersed throughout the neighborhood and will be for-sale units—something Fairfax County has rarely seen since the 2007 inception of the WDU policy. Stanley Martin also agreed to lower its WDU income tiers, such that half of the WDUs will be provided at the 70 percent AMI tier, and half at the 80 percent AMI tier.

Given the site’s highly-visible and prominent location, Stanley Martin placed great emphasis on the project’s overall design. In an attempt to ensure greater opportunities for visual connections to open space, for example, the layout seeks to celebrate the site’s natural and visual elements by enhancing the RPA, preserving mature canopy trees, and preserving bottomland forest species.

To foster a pedestrian-friendly environment, the project will feature new urbanist-inspired high-quality urban architecture with the rear-loaded garages that will not be visible from public streets. A series of sidewalks will be constructed to connect residents and visitors across the site and to all open space areas. Given Westfield’s historic emphasis on parks and open spaces, the new community will feature a series of multiuse amenities and open spaces for both residents and visitors. This includes a publicly-accessible terraced park adjacent to Westfields Boulevard, pocket parks, interior courtyards, a bicycle service station, a watering station for pedestrians and pets, upgrades to existing trails, and more.

Substantial vegetation and landscaping will be provided along the adjacent pond, and a series of landscaped visual corridors will be created to draw residents and visitors into the site. As a result, Stonebrook will provide more than double the amount of required urban recreational space, nearly double the amount of required open space, 48 percent more tree cover, and will exceed the County’s tree canopy and tree preservation requirements. The project will include more than 75,000 square feet of new plantings, including 50,000 square feet of RPA reforestation.

The result of these efforts is a unique project and layout that fulfills the established comprehensive plan vision for Westfields in terms of land use and density, economic development, and hosing attainability. Stonebrook will respond to the increased need for for-sale, urban style housing in the Westfields area and complement the ongoing retail and residential uses at Commonwealth Centre. It will also respond to the increasing preference for residential opportunities in the vicinity of nearby employment uses, and contribute to Westfields’ overall economic vitality. 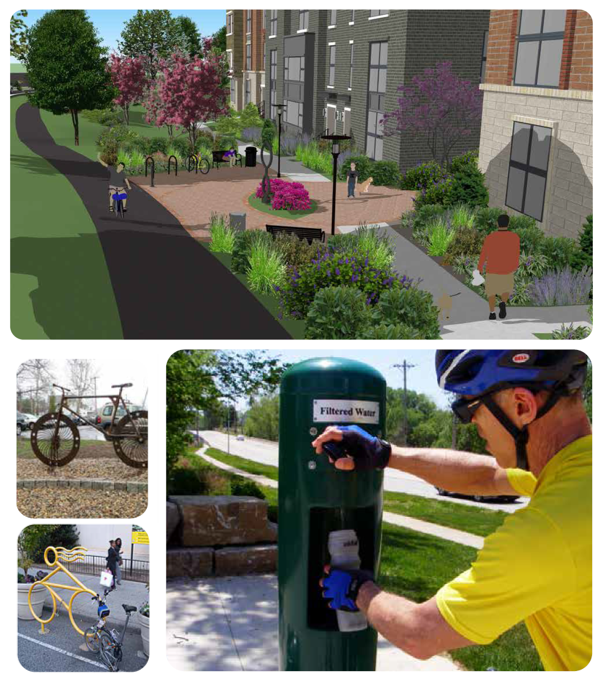 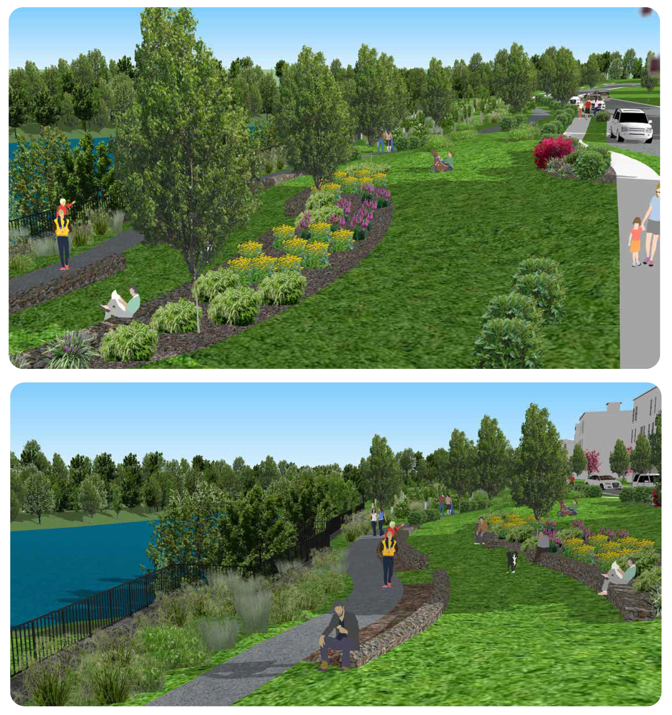 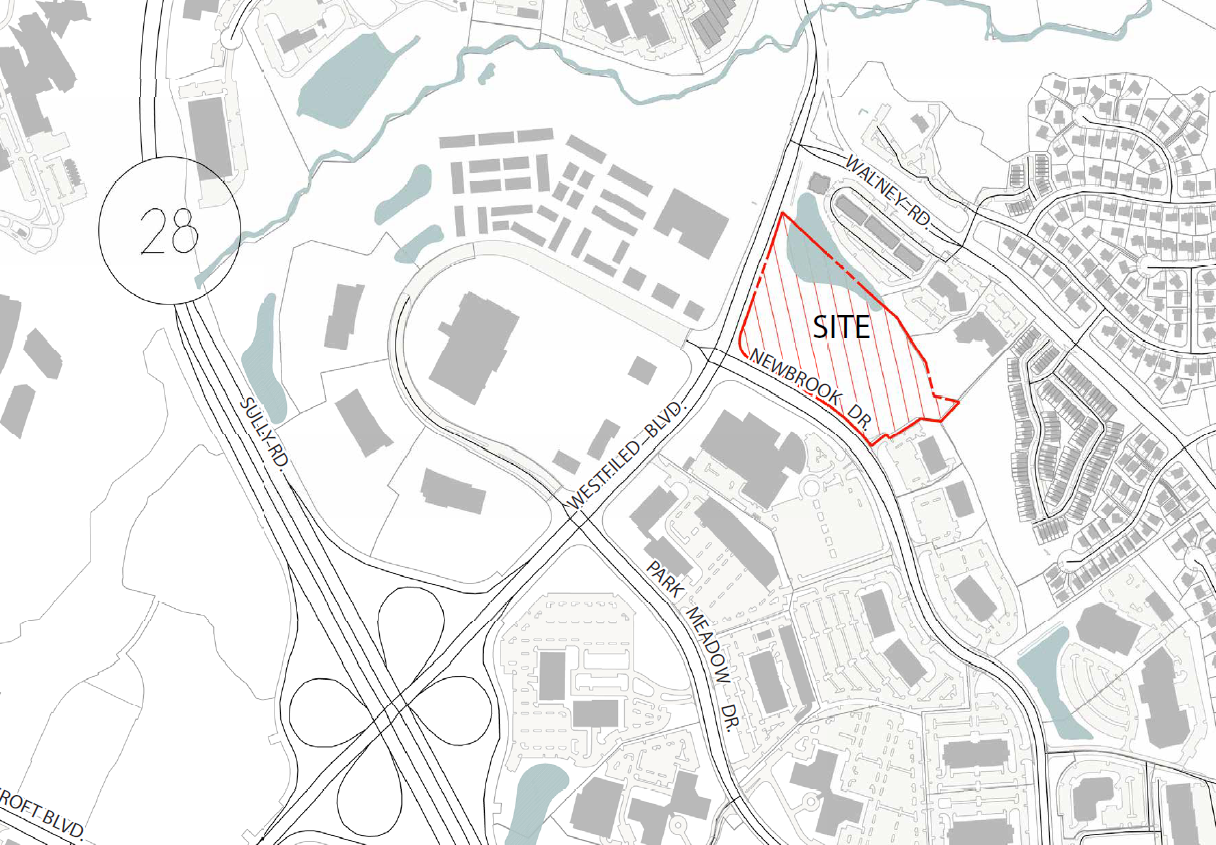 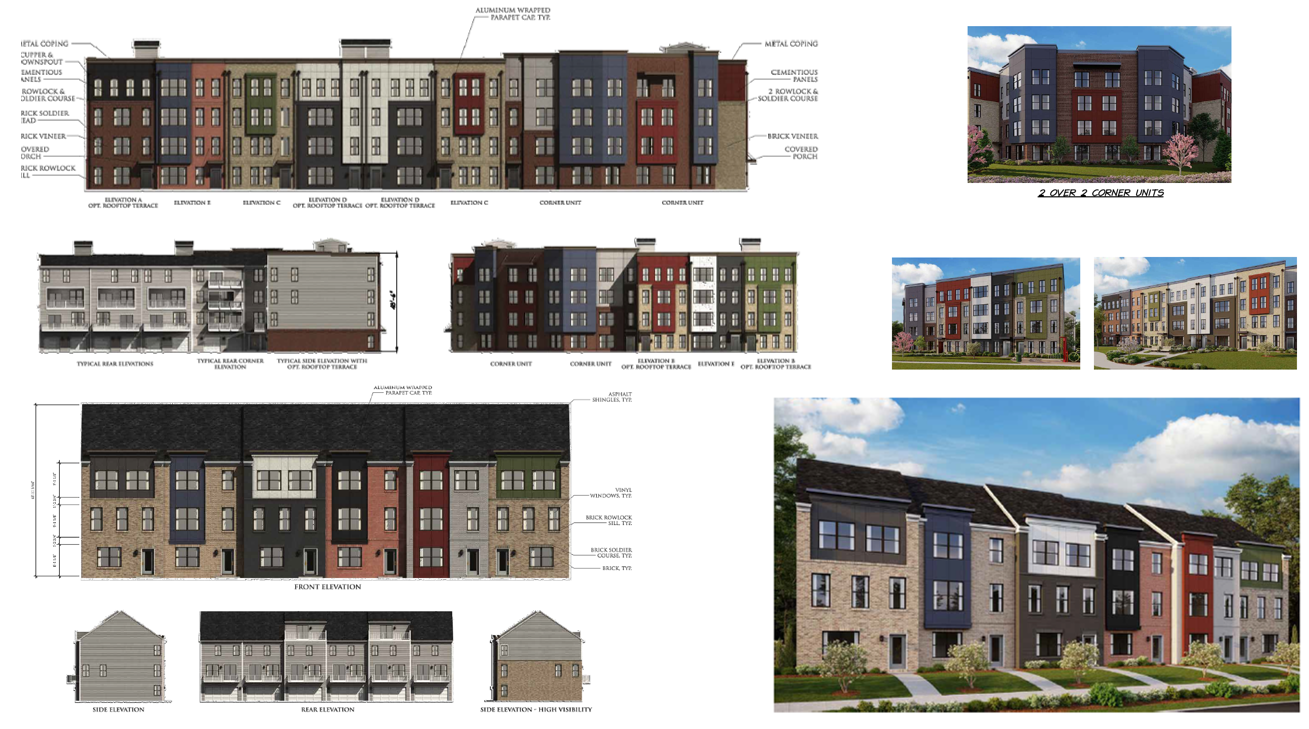