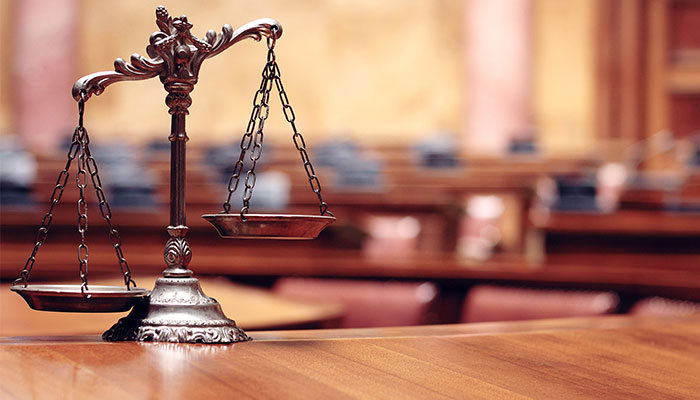 “Of course, what confuses us is the uniform appearance of words when we hear them spoken or meet them in script and print. For their application is not presented to us so clearly. Especially when we are doing philosophy!”[1] The Austrian-born philosopher Ludwig Wittgenstein (1889–1951) wrote extensively on the failure of language, both written and spoken, to convey the exact meaning of the intentions and perceptions of the parties communicating, and especially so for third-party listeners or readers. As exemplified most recently by a case pending in the Circuit Court of Fairfax County, the struggle for parties to convey their intentions within written agreements can lead to unintended consequences that can cost individuals and businesses time and litigation expenses to resolve.

The matter of GBG, Inc. v. Seven Corners Shopping Center Falls Church L.P., [2] currently pending in the Circuit Court of Fairfax County, involves a dispute between a landlord and tenant of a commercial shopping center and perhaps exemplifies Wittgenstein’s theory. In August 2014, the landlord installed a newer and taller pylon sign and monument sign at the entrance of the shopping center in place of an older, smaller set of signs. The landlord treated this work as a capital improvement to the real property. The landlord then notified the shopping center tenants that they would be charged for their “proportionate share of the cost of the new signs.” The lease between the parties states that tenants are not to be charged with “costs which under GAAP [generally accepted accounting principles] are capitalized” unless those charges are for the following:

The maintenance, repair and replacement of all exterior walls and other structural and exterior portions of the Shopping Center curbs, gutters, sidewalks, pylons and signs, drainage and irrigation ditches, conduits and pipes, utility systems, sewage disposal or treatment systems, public toilets and sound systems within the Shopping Center.

The landlord believed that the cost of the new signs were costs the tenants were to bear based upon the plain language of the contract, arguing that the old signs were “replaced.” The tenant disagreed, and argued that the landlord did not “repair and replace” the old signs, but “improved” the real property with newer, better signs. Both parties believed, however, that the contract they entered into was unambiguous and agreed as to these underlying facts. On this premise, the parties made their arguments in a pretrial motion and sought an interpretation from the Circuit Court as to who had the correct interpretation of the agreement.

Judge Bernhard, in his written opinion issued in September, amply cited Virginia law on interpretation of contracts, which provides that “the polestar for the construction of a contract is the intention of the contracting parties as expressed by them in the words they have used.”[3] “When the terms of a contract are clear and unambiguous, a court is required to construe the terms according to their plain meaning.”[4] Unfortunately for the parties, these rules of construction did not aid the Court in coming to a final determination. Rather, the Court ruled that “either interpretation could be applied to the lease” and neither was “so clear that it unambiguously excludes the explanation offered by the opponent.”[5] Rather than deciding which interpretation made the most sense based on the language used by the totality of the lease’s terms, the Court essentially determined that the clause, which both parties argued unambiguously supported their positions, was ambiguous because an argument could plausibly be made to support the other interpretation. A full trial involving the testimony of the parties as to their intent at the time the agreement was entered would have to be convened.

Philosophical questions aside, the practical implications of this decision affect all of us, who are yet again reminded to never make assumptions in commercial dealings. When entering negotiations with a counterpart, it is worth the time and effort to ensure all parties are working from the same rules upon which they are attempting to achieve their collective goal; or, more simply stated, make sure everyone is on the same page. It is also a good idea to confer with counsel who might be able to spot issues or ambiguities that might not be obvious to the parties themselves. Failure to take time to work through these issues at agreement inception could lead to far more time in litigation. And should you find yourself or your business in litigation based on the turn of a phrase, the value of experienced litigation counsel cannot be overstated.