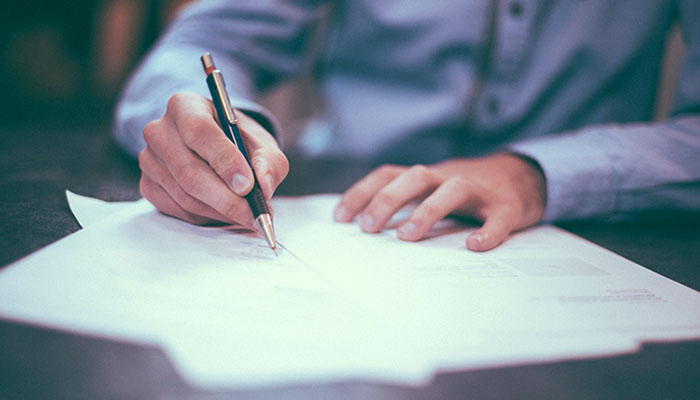 It is common practice for individuals and businesses involved in any form of transaction to memorialize the status of their negotiations to ensure there is no misunderstanding between them as to their expectations moving forward. These documents are often referred to as “Letters of Intent” or “Memorandums of Understanding” and are sometimes considered by the parties that sign them as something less than an agreement, but more than a completely non-binding document. As set forth below, however, in Virginia there is no gray area between a written agreement and an unenforceable communication.

Every contract has three core characteristics: (1) an offer for the performance of services or delivery of goods by an offeror; (2) the acceptance of that offer by the offeree; and (3) consideration (i.e., something in return) for the services or goods provided by the offeror. For a contract to be enforceable, there must be mutual assent of the contracting parties to terms reasonably certain under the circumstances.[1] If a written document contains terms that provide for these elements and indicates that the parties to that document intend to be bound by those terms, a court could very well rule that the document is an enforceable contract regardless of what the document is called. In other words, one must never assume a document is not an enforceable contract just because it is called a Memorandum of Understanding or Letter of Intent, or a Term Sheet. There very well could be an enforceable agreement lurking in there.

Likewise, not every document that contains terms for the provision of goods and services is necessarily an enforceable contract. A writing that might otherwise be considered a binding contract is not enforceable if it also states another formal document that is intended to be the only authoritative evidence of the contract will be prepared, approved, and executed.[2] The distinction is not always obvious and could lead to significant damages or lost opportunity.

Last summer, after a five-day trial on a federal government contractor’s breach of contract claim against another contractor, the Fairfax County Circuit Court negated a multimillion-dollar jury verdict award on the basis that no contract existed at all.[3] In that case, the Plaintiff alleged it had entered into a “Teaming Agreement” with the Defendant whereby the Plaintiff would assist in the Defendant’s bid proposal. In turn, certain subcontract work of the bid would be reserved for the Plaintiff by the Defendant. The Teaming Agreement called for the parties to thereafter mutually agree upon the actual scope of work and financial terms. Ultimately, however, the Plaintiff was precluded from work on the bid by the Defendant, which was awarded the contract. In its written decision to overturn a jury’s award for the failure of the Plaintiff to award the Defendant subcontract work on the project, the Circuit Court Judge cited longstanding Virginia law that “for a contract to be enforceable; there must be mutual assent of the contracting parties to terms reasonably certain under the circumstances. Mere agreements to agree in the future are too vague and too indefinite to be enforced.” In the case before the Fairfax County Circuit Court, the judge found that the Teaming Agreement’s open-ended terms regarding the actual work to be performed by the Plaintiff indicated that the parties could not have intended to be bound to any post-award obligations. As a result, no enforceable agreement for work performance in the furtherance of an awarded contract bid existed between the parties to the Teaming Agreement. The Plaintiff contractor had assisted in all aspects of the creation of a successful federal contract proposal but could not claim any benefit from those labors under contract.

Conversely, earlier this month, the Supreme Court of Virginia agreed that a signed document negotiated by parties in litigation entitled a ‘Term Sheet’, was actually an enforceable agreement between the parties.[4] Though the parties clearly contemplated entering a ‘more formal’ written agreement to include additional terms for the full and final settlement of their civil action, the document they signed stated that the parties “executed this Term Sheet” which otherwise contained the core elements of a contract “intending to be full bound by its terms.” The party arguing that the Term Sheet they signed was a mere place holder, learned a tough lesson from the Court.

That lesson, as always, is to never make assumptions about written documents relating to agreement terms and to think twice before signing them. Memorandums of Understanding and Letters of Intent are important documents that assist negotiating parties record the status of those discussions. Parties to those documents should consider having an attorney review them, though, to ensure they are nothing more. Parties should also use counsel to ensure their written agreements contain all of the terms necessary to fulfill all of their expectations regarding the deal between them when it is finally time to complete the deal.