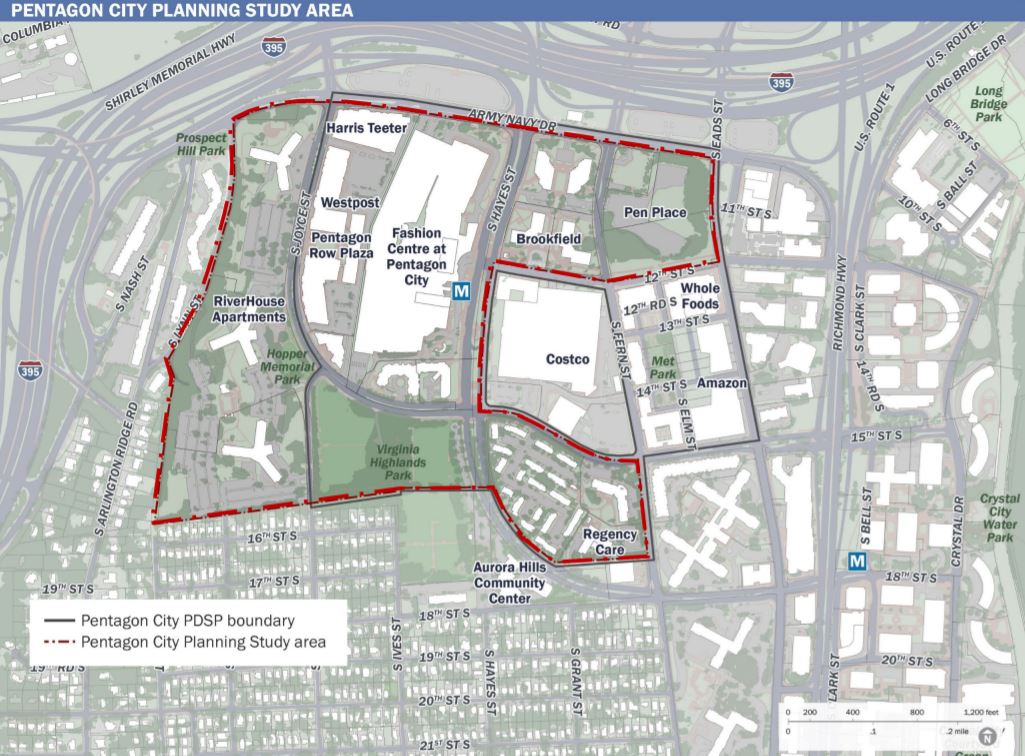 Brimming with shops, restaurants, housing, and hotels, and proximate to a heavily-used Metrorail station that bears its name, Arlington County’s Pentagon City neighborhood exists today as one of the region’s foremost examples of transit-oriented development. While much of the community was developed between the 1960s and early 2000s, Pentagon City has experienced renewed development interest in recent years, particularly following the November 2018 announcement that Amazon had selected nearby National Landing as its preferred location for its second headquarters.

Anticipating these changes, the Arlington County Board in April 2019 embarked upon a comprehensive review of the 1976 Pentagon City Phased Development Site Plan (PDSP) and planning guidance for nearby properties. Following retention of a consulting team to assist staff, as well as several months of public engagement, the County released a draft of its newest Sector Plan to the public on November 24, 2021. Known as the “Pentagon City Sector Plan,” the document sets forth an updated vision for Pentagon City, as well as expectations for urban design, public spaces, and conditions under which additional density may be appropriate.

A number of important policy recommendations are included within the draft plan. For example, it calls for a general increase in density throughout the Pentagon City neighborhood and corresponding changes to the General Land Use Plan (GLUP) designations for the area. Approximately 10 million square feet of new development is anticipated under the draft plan, which is nearly double the amount of square feet contemplated by the decades-old Pentagon City PDSP.

Like other areas of the County, density above what is permitted today would be “earned” by providing community benefits which may include, but not be limited to:

To allow increased flexibility for landowners, the draft plan places few restraints on preferred land use mixes. Instead, the draft plan generally emphasizes the importance of new residential development – somewhat similar to the 2010 Crystal City Sector Plan and the 2015 Rosslyn Sector Plan. For multiple office building developments, the draft plan recommends that a minimum of one additional building with a significant residential, hotel, or weekend/evening destination uses should already exist or be proposed.

In terms of green infrastructure, the draft plan sets forth a series of new public open spaces, as well as an approximately three-mile network of pedestrian pathways throughout the planning area, which it calls “Green Ribbons.” While the plan builds in limited flexibility in the location of specific pathways, the Green Ribbons network is intended to result in approximately five acres of connected parks and plazas. Where proposed Green Ribbons traverse private property, the draft Sector Plan anticipates that private developers would grant public easements over these spaces, as well as develop and maintain them as part of their respective community benefits package with each redevelopment.

LEED Gold is anticipated as the minimum for all building sites, and exceptional green building performance could be considered as a community benefit. Additionally, new developments must satisfy a series of tree canopy coverage, planted surface area, and other vegetative requirements.

In terms of height, the draft plan recommends that the tallest buildings be located in the northern portion of the planning area, and that no building should exceed 330 feet in height. Height variation, upper floor setbacks, sculpting, other measures are recommended to mitigate the impact of additional height and density.

County staff is currently preparing a final draft of the Sector Plan for consideration by the Planning Commission and the County Board for final adoption in February. Concurrent with adoption of the new Sector Plan, the County Board will consider corresponding amendments to the GLUP, Master Transportation Plan, and Zoning Ordinance. Additional follow-on items may include studying transportation performance standards, developing a master plan for Virginia Highlands Park, and identifying potential locations for a new school and fire station within the planning area.

For questions about this article, please contact land use attorneys Andrew Painter and Nicholas Cumings. 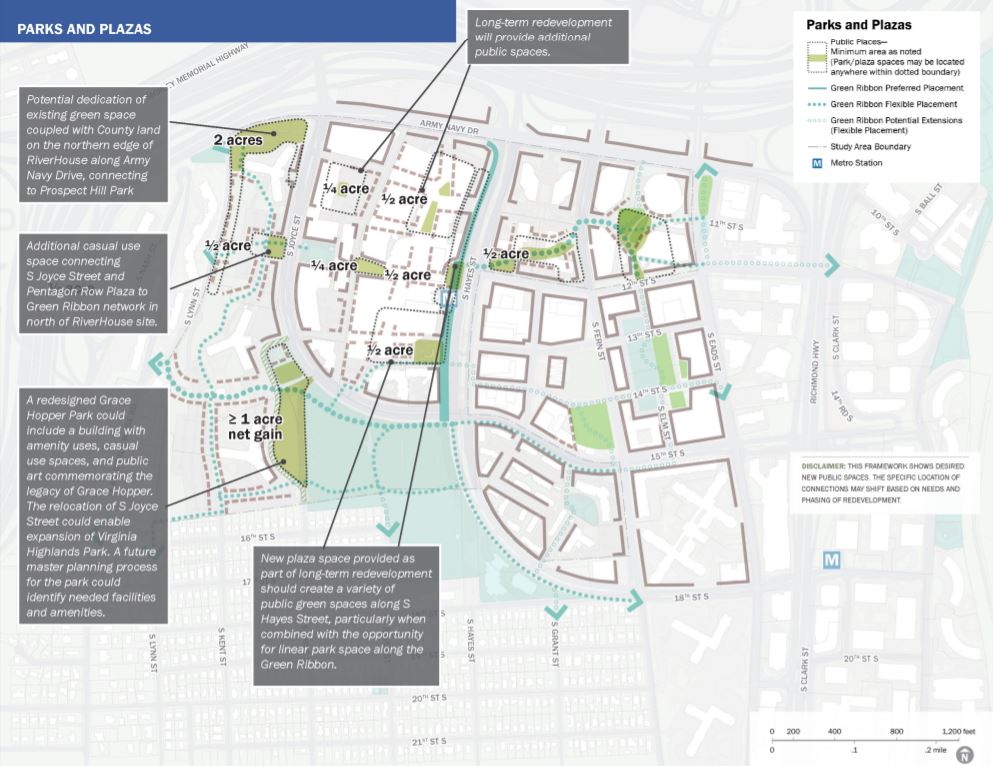