Prince William Board of County Supervisors recently approved a Rezoning, Proffer Amendment, and Special Use Permit to allow for the development of data center uses on approximately 103 acres of land located at the intersection of Interstate 66, Route 29, and Route 55 in the Gainesville area of Prince William County.

The land, owned by an affiliate of Lerner, had been previously rezoned by John Foote, in 1997, to allow for development of a regional mall with up to 1.3 million square feet of retail uses. The land then lay fallow for over 30 years as a consequence of the decline in general demand for retail space, and the growth of such development east of Route 29 and south of I-66. Alternative development options were explored. The extraordinary demand for data centers in the thriving Prince William County market, and the plans for a future substation on adjacent land owned by Dominion Energy, made data centers a logical and viable such option.

Pursuit of the data center plan required Lerner to amend the existing proffers associated with the regional mall to allow data center uses (and yet to retain the existing retail option). Further, because the site is located outside of the County’s Data Center Opportunity Zone Overlay District, Lerner also required a special use permit. Lerner eventually amended its applications to add an abutting 5-acre agriculturally zoned parcel that was formerly home to the Gainesville Methodist Church. This required yet a separate rezoning of that parcel.

The various entitlements were shepherded through what became a lengthy review process by the late Peter Dolan, John Foote, and Brian Prater of Walsh Colucci, together with Gorove / Slade, Urban Ltd., and TNT Environmental. Numerous considerations were reviewed and in the end consensus was built around the benefits to the County from an annual tax assessment viewpoint and the greatly diminished impact on roads, schools, and other public services.

Data center development represents a significant opportunity for Prince William County (or any county) to increase its commercial tax base, reduce traffic on its roads, and allow for further development of a Targeted Industry. 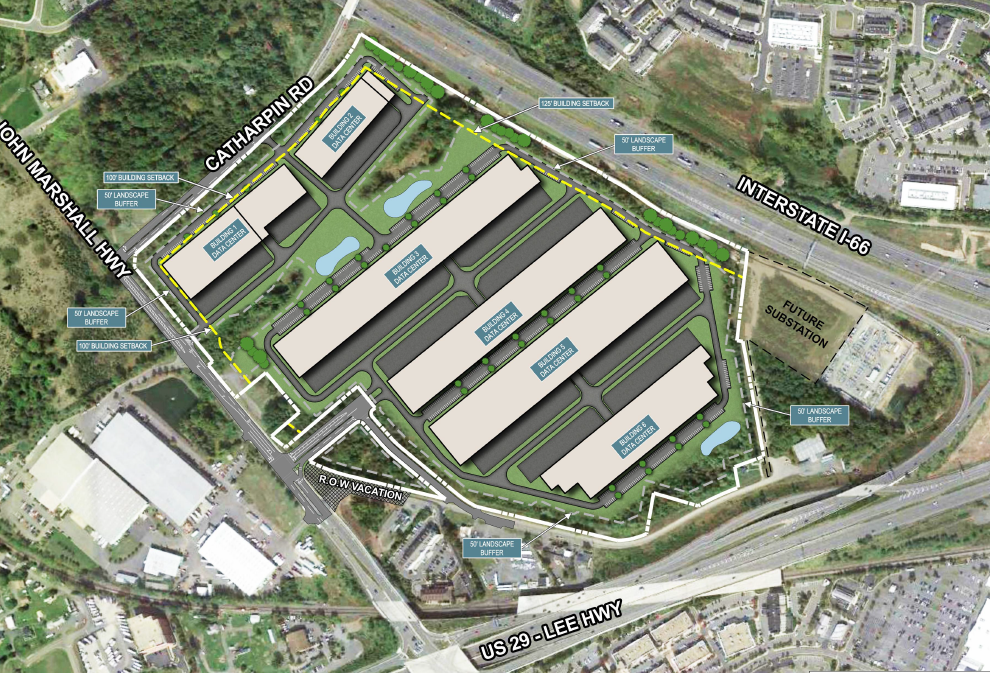