Congratulations to Garth Wainman and Matt Westover on their recent win in the Virginia Supreme Court and many thanks to John Foote for his guidance on this matter.

Last month Matt and Garth argued a case in the Virginia Supreme Court for Dumfries Triangle Volunteer Rescue Squad (DTRS), a volunteer EMS agency in Prince William County. When the Prince William County Board of Supervisors decided to terminate its contract with DTRS, the Board also attempted to dissolve their corporate status and directed DTRS to give its property, including real estate the Board valued at more than $1.6 million, to the County for free. When the Prince William Circuit Court concluded that the Board had the power to do so, Garth and Matt appealed the circuit court’s decision and the Virginia Supreme Court reversed and entered a final order in favor of DTRS.

Garth represents local and regional businesses and focuses on a wide range of commercial transactions and litigation with an emphasis on guiding developers and contractors through complex real estate and financial matters as well as managing construction law contracts and business tort litigation in Virginia state and federal courts. Other areas of expertise include structuring mergers and acquisitions, commercial lease drafting and negotiations, and counseling business clients through employment, corporate, and partnership disputes. Garth has served as lead counsel in several complex construction and commercial cases throughout the region.

John’s practice focuses on obtaining land use approvals and governmental permits through legislative, administrative, and judicial processes. He is experienced in all relevant areas affecting land including federal regulations of wetlands and waters of the United States, the state regulation of Chesapeake Bay Preservation areas and storm-water management, and historic preservation. John has also represented property owners in boundary adjustments and other municipal matters, and has extensive background in local and state government administration. As an experienced litigator in both state and federal courts, John has appeared as counsel of record in a broad range of complex matters, and has argued numerous appeals to the Virginia Supreme Court and the U.S. Court of Appeals, Fourth Circuit. John served as Deputy County Attorney for Prince William County, Virginia, from 1977 until 1982 when he became the County Attorney. In both positions, he advised the Board of County Supervisors with respect to all matters, including land use, and was its chief litigator. Since 1989, he has represented many clients in land use matters before the governing bodies and subsidiary boards of more than two dozen Virginia jurisdictions and numerous state agencies. John has written extensively in the area of land use and local government and is the author of the principal Virginia text on Planning and Zoning in the Commonwealth. 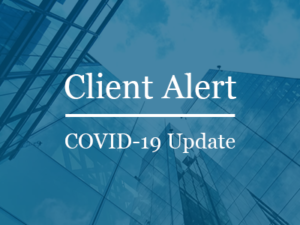 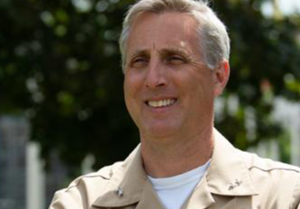