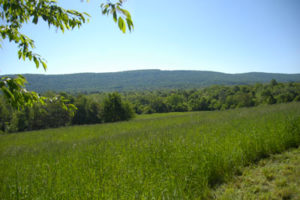 Our client, the Robert and Dee Leggett Foundation, a 501(c)(3) organization based in Loudoun County, Virginia, together with the Blue Ridge Center for Environmental Stewardship and the Old Dominion Land Conservancy, is happy to announce the donation of more than 600 acres to the Commonwealth of Virginia for the creation of a new state park. After nearly a year of planning, drafting, negotiation and evaluation of the project the deeds were signed late in 2013, and the Governor announced the donation on January 10, 2014. The announcement was widely published in the Washington Post and other regional news outlets. Former Governor Bob McDonnell, Secretary Domenech, Delegate Minchew, Delegate LaRock, and others thanked the Leggett family for their generosity.

WCL&W was hired to assist in evaluating the feasibility of the project, determining what tax incentives might be available, drafting all relevant documentation, and to assist in negotiating the donation with the Old Dominion Land Conservancy and Department of Conservation and Recreation. Attorney McWilliams’ strong background in tax matters and prior experience with conservation easements, mitigation banking, charitable entities, and environmental/tax incentive programs enabled WCL&W to develop a solution that ultimately provided the Robert and Dee Leggett Foundation with significant land preservation tax credits in exchange for a donation they wanted to make to preserve one of the most scenic – and historically important – portions of Loudoun County, Virginia for future generations.

The Blue Ridge Center for Environmental Stewardship remains operational on the 600 acres as well as an adjoining property and is open to the public as a place to hike, enjoy nature, and participate in environmental learning programs. They also host activities in conjunction with many local partners, including Loudoun Wildlife Conservancy, U.S. Trail Ride, the American Conservation Film Festival, and Boy Scout and Girl Scout troops.

More information on this outstanding contribution by the Robert and Dee Leggett Foundation can be found in the Washington Post and on the Loudoun County Government Website.

Settlement for a Shopping Center

Negotiating a Property Purchase – From Contracts to Ownership